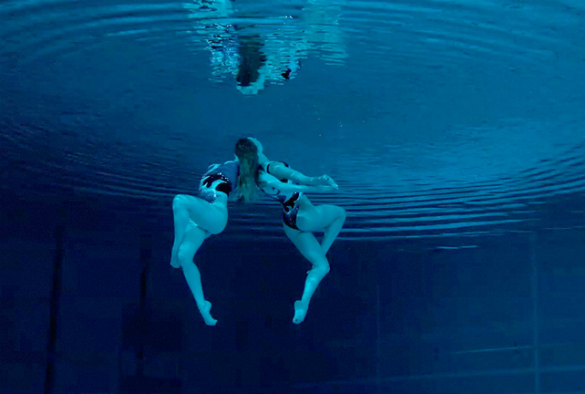 A TV documentary about the world’s best synchronised swimmers that features University of Liverpool research has become an international multi-award winner.

Dr Michael Berenbrink, a Senior Lecturer at the Institute of Integrative Biology, appeared on ‘Miracle Bodies: Russia’s Golden Mermaids’ which was produced by the Japanese Broadcasting Cooperation (NHK).

The programme investigated the extraordinary ability of human synchronised swimmers to exercise underwater and the producers asked Dr Berenbrink to contribute his expertise on the breathing systems of diving mammals to unravel the physiological basis of the swimmers’ abilities.

In collaboration with NHK, Dr Berenbrink developed a research programme that saw London 2012 Olympic gold and silver medallist duos from Russia and Spain hold their breath in a magnetic resonance imaging (MRI) tube to measure changes in the size of the spleen, which serves as an oxygen reservoir, and compared this with specialised diving mammals, such as seals. 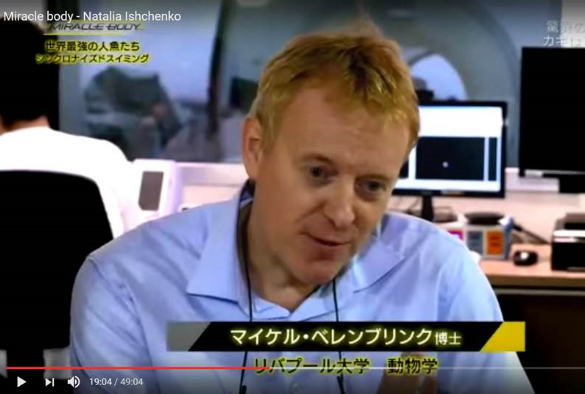 Filmed on location in Tokyo, Barcelona, London and Liverpool, the documentary was first aired just before the Rio Olympics and was subsequently shown in English on NHK World.

It recently won its third award at the prestigious 2017 US International Film & Video Festival where it picked up the Silver Screen Award in the Documentary/Sports & Recreation category.

This follows hot on the heels of an Intermedia-Globe Gold award in the Documentaries/Sports & Activity category at the 2017 World Media Festival Award in Hamburg and the 2016 Takayanagi Grand Prix prize in Japan.

Dr Berenbrink commented: “It is not often that you are offered the latest medical imaging technology, paired with high definition super-fast filming technology, to unravel some of the biological mechanisms behind supreme human physiological performance. Thus, it was a privilege to be asked to contribute to this programme and I am very pleased with the international recognition it received.”

Learn about Dr Berenbrink’s research on the evolution of mammalian diving capacity in the video below.