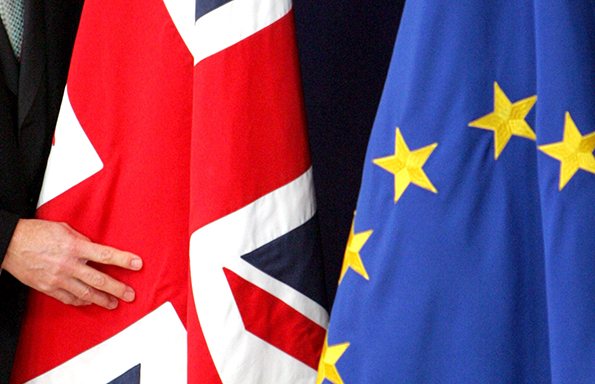 Dr Stephanie Reynolds is a Lecturer in Law at the University of Liverpool’s School of Law and Social Justice. She has contributed a chapter on EU citizens’ rights to the book The UK after Brexit: Legal and Policy Challenges, edited by Professor Michael Dougan, out now.

A year after the UK referendum on EU membership, the Government unveiled its offer regarding the rights of its resident EU population. At first glance, the proposals appear to adhere to the three principles of reciprocity, residence security, and certainty, outlined in the previous White Paper on Brexit. In reality, it is not necessary to dig too deeply to see that the Government’s plans fail on all three fronts.

Calls from the British Government for the Union to match the UK’s offer to EU citizens, with similar entitlements for UK nationals in the EU, ring hollow when the Union published its own proposals ahead of the UK. Crucially, the EU offer is decidedly more generous than the UK’s suggested deal. It foresees a continued right of residence for all legally resident EU citizens in the UK and British nationals in the EU27 at the point of exit. Critically, the EU also anticipates the maintenance of the equal treatment rights that make residence possible in practice, covering for instance access to employment and, under certain conditions, public services. Moreover, eligible family members would continue to be able to live with the EU citizen/UK national in their host State, regardless of whether the family member joins them before or after UK withdrawal. The EU also proposes maintaining the possibility of attaining permanent residence, social security coordination, and recognition of professional qualifications. Significantly, it has stipulated that the Court of Justice must have jurisdiction over the ongoing enforcement of those rights maintained under the withdrawal agreement.

While the UK has taken a similar stance in respect of social security coordination and the recognition of professional qualifications, its position on residence entitlements is markedly more meagre. Unsurprisingly, it also explicitly rejects the involvement of the Court of Justice. This is likely to be a constant bone of contention in wider negotiations.

Instead of maintaining rights at the point of exit, the UK Government proposes conferring ‘settled status’ on those who have been continuously resident in the UK for five years prior to an as-yet-unspecified ‘specified date’ and who pass a ‘conduct and criminality’ assessment. Settled citizens would enjoy legal residence and access to public services on the same basis as British nationals. EU citizens legally resident in the UK before the ‘specified date’ but for less than five years would be considered ‘temporary residents’, entitled to the same benefits they previously accessed via Union law, and able to accumulate legal residence so as to apply for settled status in the future. Union citizens arriving after the ‘specified date’, which could pre-date UK withdrawal, will also benefit from ‘temporary resident status’ during a two year window after exit, after which they must apply for permission to stay in the UK under as-yet-unknown domestic immigration rules for post-exit EU arrivals. EU citizen students registered for 2017/18 and 2018/19 courses would be eligible to apply for permission to stay during their course and qualify for home student fees.

As regards family members, the UK would require them to have joined the EU citizen in the UK prior to withdrawal and meet the same requirements for ‘settled status’’ in addition to the need for a ‘genuine relationship’ between the parties. Those who do not meet the five year threshold by Brexit must apply for permission to stay in order to accumulate those years. Post-exit arrivals would, depending on their nationality, either be subject to the post-withdrawal immigration regime for EU citizens or the same rules applicable to non-EU national family members of British citizens.

Overall, then, the UK offer – with its different categories of residence security, delineated by an undetermined ‘specified date’ – falls short of what the EU had already put on the table, begging the question of whether Theresa May ‘expects the EU to water down its offer to match hers’.

Two pertinent examples also demonstrate that the Government’s approach fails to secure fully the pre-Brexit status of EU citizens. First, the precise timing of the ‘specified date’, which appears decisive in determining entitlements, is, according to the UK, a matter for negotiations. However, it has suggested that the cut-off date could be as early as 29th March 2017. If this were the case, Union citizens who have come to the UK since, in legal exercise of their free movement rights, will not retain the status that their EU citizenship previous gave them upon UK exit. Second, while the EU views residence documentation as merely declaratory, the UK has stipulated that all Union citizens, regardless of when they arrived in the UK, must apply for residence documents to obtain rights in the first place. This is not only an important symbolic shift – not least because biometric data might be required – but also a practical barrier to realising rights. This in turn will lead to further uncertainty.

The UK cannot compel Union citizens to apply for ‘settled status’ while it remains an EU Member State. However, the administrative challenge of registering millions of EU citizens from Brexit day is vast. Consequently, the UK proposes that legally resident EU citizens apply voluntarily prior to UK departure or regularise their status during a two year ‘grace period’, following exit, during which those who do not yet have documentation will fall under a ‘temporary residence umbrella’.

This approach will be frustrating, at best, for those who applied for permanent residence in the year-long period of uncertainty that followed the referendum, who will have to re-apply under domestic law. At worst, it invites further confusion. For example, since the ‘specified date’ is yet to be determined, some Union citizens will not currently know whether they qualify for voluntary ‘settled status’. Presumably that will be determined should the system be set-up. That will do little to quell anxieties in the interim. Those who do not have five years’ residence before the specified date but will accrue it during the ‘grace period’ are advised to wait until then to apply. Yet the combination of the sheer number of applications, administrative delays, and the loss of rights should residence not be secured within the two year time limit, would make anyone unsure of what to do. The UK has committed to implementing modernised administrative procedures, including using government records on income. However, this is unlikely to speed things up for citizens in precarious work who are likely to have to explain income gaps/’shortfalls’. The Government has, at least, suggested removing the requirement of comprehensive sickness insurance for non-economically active Union citizens.

Finally, the UK’s proposals seem to rely on the enforcement of UK EU immigration rules by private actors such as landlords and employers, to whom EU citizens must demonstrate their right to reside and work in the UK. This approach serves a very clear, separate purpose: it provides a means of avoiding checks at a hard border between Northern Ireland and the Republic of Ireland. However, it also risks the exclusions of all EU citizens from access to services by private actors fearing hefty fines. How would they distinguish, during the ‘grace period’, between ‘temporary status’ EU citizens yet to receive their documents and post-Brexit arrivals subject to national immigration rules?

Ultimately, the UK Government’s offer falls short of the three principles to which it claims to adhere. Its calls for the EU to match an offer less generous than the one it has already made. It fails to secure resident Union citizens’ current status in the UK. And finally, one year on from the referendum, it offers little certainty for EU citizens who have built their lives here.