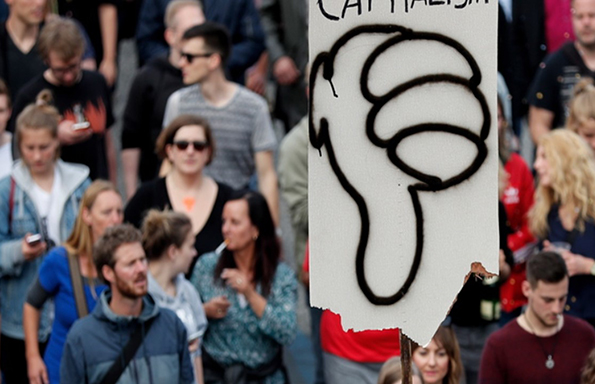 The theme of this year’s G20 summit in Hamburg, Germany, is “Shaping an Interconnected World”. The gathering of 20 world leaders is set to focus on building resilient economies, improving sustainability and assuming responsibility for the prosperity of all countries. But discussions take place in a much more uncertain and potentially divisive environment than previous years.

In particular, they are divided over their attitudes toward globalisation. It is globalisation that has significantly increased the degree of interconnection between the world’s economies. And it is this interconnection that drives the need for international discussion and cooperation – via events such as the G20.

But this last year has seen as a loud backlash against globalisation. There was the Brexit vote in the UK and the election of Donald Trump in the US on a protectionist ticket. This is ironic given that they are two of the world’s biggest economies (at least for the time being). Both have been major drivers of globalisation and have benefited enormously from it.

On the one hand, some G20 countries emphasise the benefits of ongoing and increased levels of cooperation between countries and regional trading blocs. These countries, such as Germany and Canada, seek to tackle the issues caused by globalisation at the global scale. This is not a homogeneous group, but there is a broad consensus that the high degree of interconnection between the world’s economies is not easily unpicked, nor is it desirable to try to do so.

On the other hand, some G20 countries feel that economic integration – as a consequence of globalisation – has gone too far. National governments therefore adopt increasingly isolationist and protectionist policies. This involves disengaging from global trade agreements (such as the EU single market or the Trans-Pacific Partnership) and shifting towards bilateral agreements. For them, globalisation is understood as something that needs to be protected against. Trade relationships are reduced to simplified notions of importing and exporting as opposed to acknowledging that the global economy has shifted significantly towards highly complex and integrated supply chains which deliver our everyday consumer goods.

The US and UK have taken a protectionist turn. In the case of the US, globalisation is seen as a convenient tool to be used to gain advantages for domestic firms in international markets. But the impact of globalisation on the domestic US economy is the focus of debate. In reality, it is difficult to separate “domestic” and “international” economic activities. And there is little meaningful discussion of how these policies will affect the US’s dominance of the world’s largest multinational firms.

Several countries have a legacy of resisting many aspects of globalisation. For example, France’s resistance to global pressures to change its labour market laws and attempt to protect its language from outside influence. China has shifted its policy from global agreements to a new emphasis on reciprocity. It is still the world’s largest exporter and receives the highest levels of foreign direct investment.

But neither country is willing to reject globalisation as a whole. Similarly, many of the G20’s emerging economies, such as South Africa, Brazil and Mexico, are realistic about the potential downsides of globalisation – but these nations view international cooperation as a mechanism for positive change.

Arguably, it is the inability of leading economies to recognise, and respond to, the perils of globalisation that has led to increased uncertainty in the contemporary global economy. The US (and many others) did not heed the warnings given by economists like Joseph Stiglitz about capitalism and globalisation. Nor did the UK heed warnings about regional inequalities and income disparities. The UK government’s failure to address post-industrial changes in the poorest regions of the UK have led to the rejection of the status quo by many – as illustrated by the Brexit vote.

These countries have failed to safeguard against the negative impacts of globalisation. Rather than acknowledge this, their policies have swung to a protectionist stance in which other countries’ activities are often blamed for the ills within.

So there is a clear divide in the ways in which members of the G20 are now discussing globalisation. These two sides of the debate are not new and there has always been intense discussion around its positives and negatives. What is new is the shift by those countries who have traditionally gained most from globalisation (such as the US and UK) away from economic integration. The sides of the debate are moving in opposite directions.

It is frustrating that those countries most forcefully imposing isolationist and protectionist policies seem to lack a full awareness of the consequences of their actions. Breakdowns in international cooperation increase friction and the chances of conflict between countries – a far cry from the ideals of an “interconnected world”. All should heed Angela Merkel’s warning in this year’s G20 summit objectives that “the experiences of the crises of the 1930s were a lesson to us that we must not forget”.