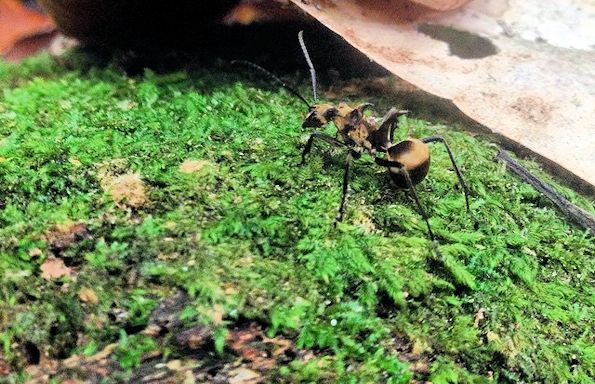 A study by the University of Liverpool, in collaboration with the Natural History Museum, has found that ants are responsible for moving more than half of food resources from the rainforest floor, playing a key role in maintaining a healthy ecosystem.

A large scale study of the rainforests of Malaysian Borneo by Liverpool researchers found that ants alone were responsible for removing more than half of food resources from the rainforest floor.

The rest of the waste was removed by all other animals combined, including mammals, birds and other vertebrates and invertebrates. Resources and waste which ants remove include dead animal bodies, seeds and fruits.

Liverpool ecologist, Dr Kate Parr, said: “The movement, consumption and recycling of dead organic material in ecosystems is important because it facilitates nutrient redistribution and decomposition. Because ants collect waste products and take them to their nests, they create hotspots of nutrients where plants and microbes thrive; this maintains a diverse and healthy soil.

The study showed that in the absence of ants no other animals can compensate for this role. Therefore, if ants weren’t carrying out waste removal, dead organic material would build up and decompose more slowly in situ creating a more homogenous, less diverse soil environment.

Lead author of the study, Dr Hannah Griffiths, also with the University’s School of Environmental Sciences added: “This work is important because tropical rainforests are some of the most threatened ecosystems on the planet, losing species at an alarming rate.

“Understanding exactly what role different animals play in ecosystems is akin to putting in place pieces of an incredibly complex puzzle. The more pieces we have in place, the better we see the full picture and understand how the system functions. This in turn allows us to predict the consequences of species losses and create measures to mitigate the negative consequences of human impacts on ecosystems.”