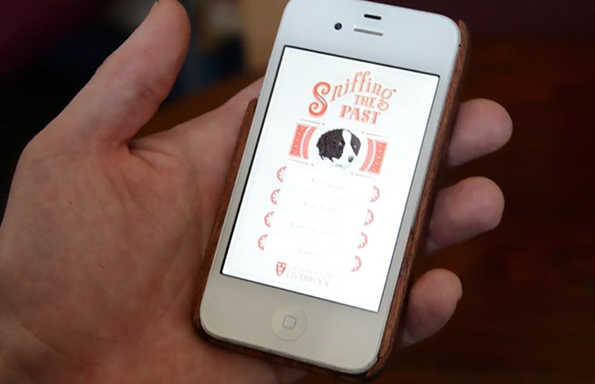 Dog loving travellers can now tap into the human- canine history of New York, Paris and London on the move by using a new app developed by the University of Liverpool.

The Sniffing the Past app, which can be downloaded for Android and Apple devices, pinpoints often hidden locations of human-canine history in each of these global cities and even allows users to upload their own images and points of interest to share.

The app is based on the Dogopolis research of University of Liverpool historian, Dr Chris Pearson, funded by the British Academy and the Wellcome Trust.

“Yet this cohabitation has a deeply historical character, and some sights have disappeared.

“Urbanites treated dogs as companions worthy of protection, or pests who deserved eradication.

“They separated dogs into different categories, such as “stray” and “pet,” and deliberated on their correct relationship with humans.

“Fears about dirt and disease led to repeated campaigns against stray, rabid and, from the mid-twentieth century, defecating dogs.

The app features human-canine stories and sites, many of which have disappeared from present day London, Paris and New York.

It focusses on the period between 1850 and 1940, a time of significant urbanisation in each city that transformed the relationship between dogs and humans.

It was during this time that kennel clubs, Pasteur Institutes, animal protection societies, municipal pounds, dog shelters, anti-excrement measures and police dog units were all introduced.

The download the free smartphone app, Sniffing the Past, please visit https://appstore.liv.ac.uk/sniffing-the-past/

The app was produced with the University of Liverpool’s User Interface and Mobile Development team, part of the Computing Services Department.