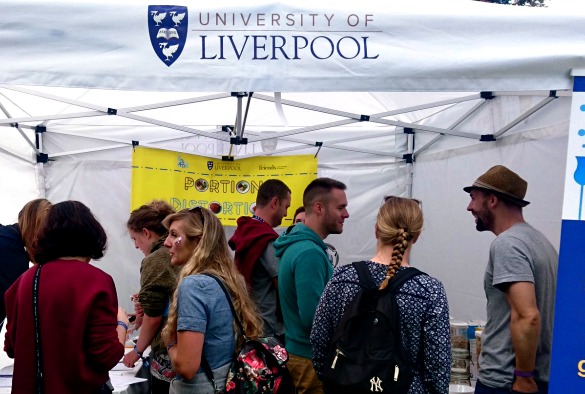 Staff and students from the Institute have taken part in the Green Man Festival in the Brecon Beacons, Wales as part of their latest public engagement initiative.

More than 20,000 people attended the four-day festival, which features a dedicated science and nature area, called Einstein’s Garden, that brings a huge array of science-inspired performances, talks, installations and activities to festival goers.

Psychology Lecturers Andrew Jones, Paul Christiansen and Suzanne Gage led a team of PhD students at the event and helped them to deliver three interactive exhibits which encouraged visitors to learn about typical portion sizes of food and alcoholic drinks.

Visitors could visit the stall and participate while speaking to the researchers about ‘portion distortion’. By the end of the Festival more than 2,500 people had visited the stall.

Andrew Jones, said: “The event was a massive success. People were very interested and often commented on how engaging it was. Our public engagement programme has steadily been growing over the past couple of years and we were keen to try something different and reach out to a new audience.

“The team worked really hard to develop a quirky and engaging activity proposal that fitted with the spirit of the Festival, and thanks to the grant support from Friends of the University we were able to make it all happen.

“We also used the opportunity to collect data for an ongoing series of studies which have been conducted at public events (including Cheltenham Science Festival) over the past year. We hope to publish this data in a scientific journal soon.” 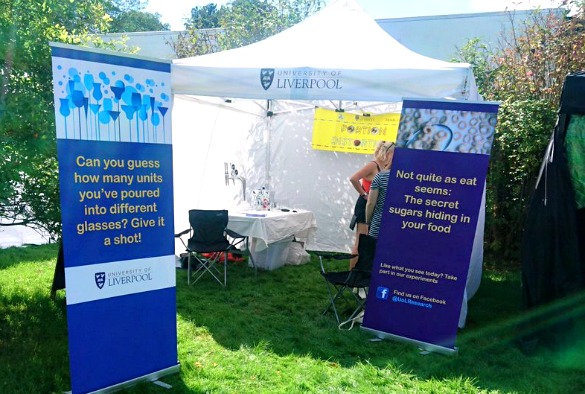