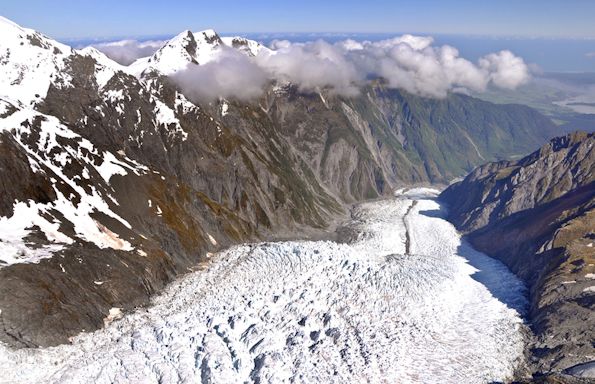 A new insight into how ice deforms has been gained using a method developed by a University of Liverpool geologist to analyse electron microscope data.

How ice deforms is something not yet fully understood by scientists and this new finding will help inform what is known about the rate ice sheets flow and in turn help with predictions of glacier and ice sheet behaviour.

Glaciers and ice sheets are made of interlocking crystals. In order to understand how they flow it is necessary to understand how ice crystals, which are crystalline solids with a regular atomic structure, deform.

Snowflakes display shapes with hexagonal symmetry, reflecting their atomic structure. When snow compacts into solid ice and deforms, they lose their original regular snowflake shapes but retain the regular atomic arrangement, which is akin to stacked hexagons – like a stack of hexagonal playing cards.

It is known that crystals deform by the movement of linear defects in the atomic structure called “dislocations” and these dislocations enable deformation within individual crystals parallel to the hexagons – as a stack of cards shears sideways.

However, this is not enough to explain large scale ice deformation because the crystals need to shear in other directions too. Dislocations enabling this large scale deformation have been hypothesised but are not easy to observe.

He developed a mathematical procedure to analyse maps of the ice crystal orientation, which are made using electron microscopy. The analysis of these maps revealed the existence of these special dislocations within the crystals, in substantial numbers – about a third of the total dislocation population.

Professor Wheeler said: “This new technique can be applied to any crystalline material, and has been used on rocks and metals too. The shear direction (“Burgers vector”) is at a high angle to the stack of cards”.

“This new work on ice sets the scene for a more detailed investigation of the different atomic-scale shearing mechanisms in ice. When we establish how easy the shear that uses these special dislocations is, we will have an improved mathematical description of ice deformation. This will enhance large scale predictions of glacier and ice sheet behaviour.”

The paper `Non-basal dislocations should be accounted for in simulating ice mass flow’ is published in the journal Earth And Planetary Science Letters.

Diagram:  The shear direction (“Burgers vector”) is at a high angle to the stack of cards (as seen in the yellow band) 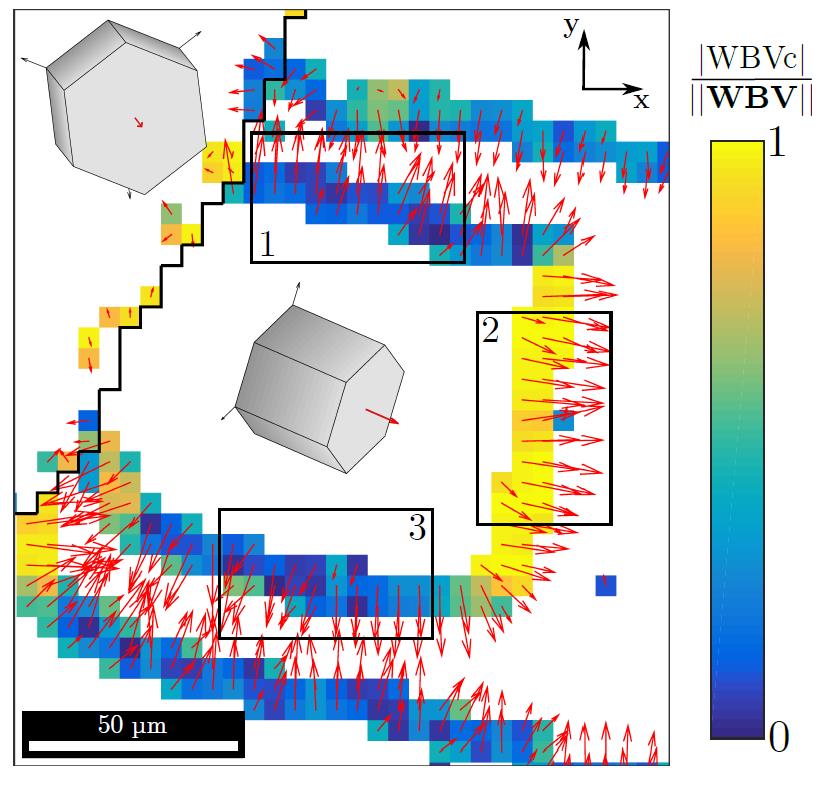