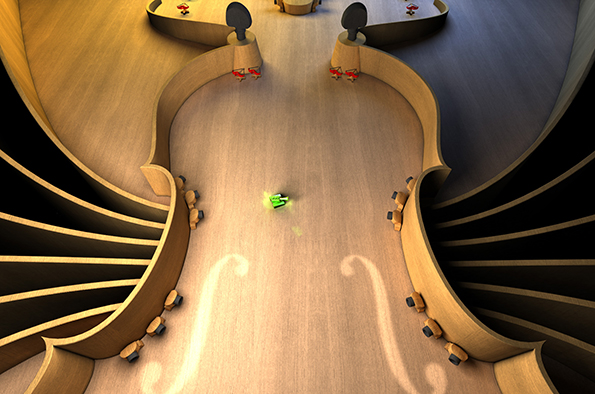 The University of Liverpool’s free, weekly Lunchtime Concert series returns for a new packed and varied season from the end of this month.

Familiar faces, Pixels Ensemble are back for a special show on Wednesday November 8, while the popular, Solem Quartet – the University’s quartet in residence – take to the stage on November 29, following their previous hugely successful Lunchtime Concerts.

But it all opens on September 27 with performance of a repertoire from The Great American Popular Songbook, to mark 30 years of the University’s Institute of Popular Music (IPM). And as testament to the significantly growing popularity of the series, this first concert is already sold out.

It is followed a week later by a show featuring classical guitarist and rising star, John Gjylaci who will perform a variety of numbers, including a world premiere of a new work by Mark Houghton who works at the University’s Institute of Translational Medicine.

Liverpool folk family, The Tafts change the pace on October 11, before Joost van Dongen brings Cello Fortress, his unique combination of a game and a live music performance, to the VG&M on October 18.

Merseyside piano maestro, Tom Kimmance teams up with John Gough for some four handed playing on October 25, before they cede the stage to the University Staff Choir for a very special show on November 1.

With autumn well embedded, the University’s former Head of Composition, James Wishart brings his eclectic 23 songs for a Mad Woman on November 15, fresh from its premiere in the Liverpool Philharmonic Music Room.

A week later, the exquisite Barabara Ruzsics joins forces for the first time with Hein Boterberg, from the International Opera Academy in Ghent, and the Anne Demougin directed, University Chamber Choir for performances of Lieder by Liszt, a pastiche French mélodie by Liverpool composer, Robin Hartwell and a rare performance of the song cycle, Études latines by the Venezuelan-born, naturalized French composer Reynaldo Hahn.

On December 6, Nancy Hadden and Taro Takeuchi fire up their baroque flute and lute, respectively, to present a programme of music from 18th century London, featuring works by Balicourt (in a new edition by Emeritus Professor Michael Talbot) Handel, Loeillet and Oswald.

And with Christmas fast approaching, the season wraps up with joint assistant leader of Royal Liverpool Philharmonic Orchestra, Mihkel Kerem taking to the stage with pianist, Robin Green, on December 13.

Dr Helen Thomas, Artistic Co-ordinator of the Lunchtime Concert series, said: “This series will offer you a warm welcome, memorable musical experiences and an excuse to explore the incredible collection of curiosities from the 120 year history of the University of Liverpool housed within the Victoria Gallery & Museum.”

University of Liverpool’s Lunchtime Concerts, organised by the University’s Department of Music, are entirely free to attend and take place each Wednesday in the Victoria Gallery and Museum, between September 27 and December 13. Find out more and avoid disappointment by booking your place https://www.liverpool.ac.uk/music/events/lunchtime-concert-series-autumn-2017/