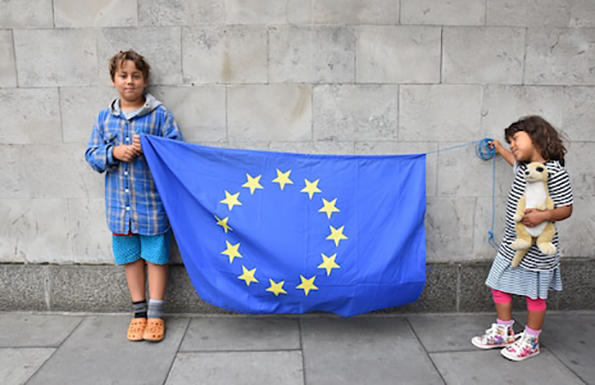 Amendments to the Government’s EU Withdrawal Bill that aim to protect children post Brexit have been tabled by a Labour MP, following lobbying by the University’s European Children’s Rights Unit (ECRU) in collaboration with leading children’s charities, The Children’s Society and Coram.

In response to the discussion paper underpinning the event, Kate Green, MP for Stretford and Urmston, tabled a number of amendments seeking to build on some of the priorities identified, including: child protection and safeguarding, particularly in a cross-border context; the impact of Brexit on child poverty; and protecting children’s rights in the process of transposing EU law into domestic law.

Professor Stalford said: “So far, all the security discussions have centred on anti-terrorism while there has been nothing about maintaining and improving safeguards for children.

“There are multiple areas of EU law aimed at protecting children who cross borders, and the EU has developed strong mechanisms such as Europol, Eurojust and the Criminal Records System to facilitate the exchange of intelligence between those charged with investigating and prosecuting crimes against children. The EU also funds a large proportion of frontline child protection services.

“It is impossible for UK agencies to respond to these issues without co-operation with other states. Post Brexit, we won’t necessarily have access to these mechanisms including access to centralised criminal records to identify offenders who pose a risk to children as they move between countries. For instance, we won’t know if a convicted paedophile is moving from France to get a job in a UK school.

“But it’s not just the centralised records from across Europe that we could potentially be excluded from; the protection currently available to unaccompanied children and other vulnerable migrants may be watered down or repealed altogether.”

The second seeks assurances that programmes currently financed by the European Social Fund combating child poverty, promoting social inclusion amongst young people and investing in training and education will continue to be funded following exit day.

Protecting low income families from inflationary pressure arising from the decision to leave the EU is raised in the fourth amendment, while the final four tabled amendments seek the safeguards delivered by the UN Convention of the Rights of the Child, which is currently applied in UK domestic law by virtue of its EU membership.

Kate Green MP said: “Children had no say in the referendum, but we have a duty to protect their rights and wellbeing after Brexit.

“I have tabled these amendments to ensure that children from all backgrounds continue to be protected and allowed to flourish when the Charter of Fundamental Rights ceases to apply in the UK.

“I urge the government to take this opportunity to demonstrate a concrete commitment to protecting children after Brexit.”

The EU withdrawal Bill is likely to attract a significant number of amendments covering a very broad range of policy areas, such is the complexity involved.

An immediate task will be to generate support among parliamentarians for these amendments, with the ultimate aim of influencing the legislation the Government eventually proposes to enshrine into law.