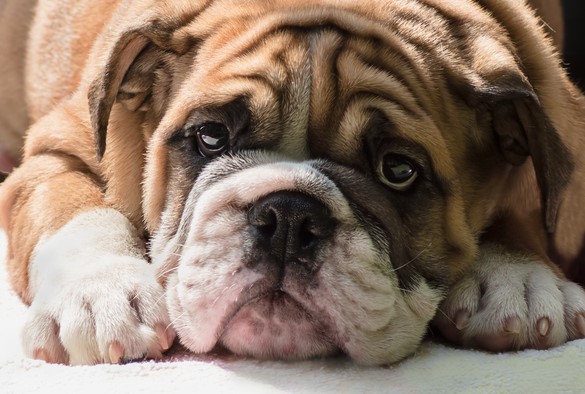 On average overweight dogs lose an average of 11% of their bodyweight when enrolled on a weight loss trial according to researchers who have conducted the largest international multi-centre weight study.

Obesity is the most common medical disease in dogs in different geographical regions and, much like in humans, is associated with a variety of ailments including: orthopaedic disease, diabetes mellitus, altered renal function and respiratory dysfunction.

In addition to these adverse effects on health, quality of life (QOL) is poorer in obese dogs and lifespans can be shortened.

Successful weight loss can lessen the chance of developing these ailments and their impact.

Researchers from the University of Liverpool’s Small Animal Teaching Hospital and Royal Canin have recently completed the largest ever international weight loss trial in dogs, involving 340 veterinary practices in 27 countries across the world.

All dogs received a specially-formulated high-protein high-fibre weight loss diet for a period of a three months, and the amount of weight loss was determined. In addition, owners were asked to score levels of activity, quality of life, and food-seeking behaviour throughout the trial.

The majority of dogs enrolled in the study loss weight, with the average being 11% of their starting body weight. However, differences were noted between intact and neutered dogs, with neutered dogs losing less on average.

Further, female dogs lost more weight on average than male dogs, with the difference being most pronounced in dogs from North and South America. Owners also reported improvements in activity and quality of life during the study whilst, despite being on a diet, their food-seeking behaviour became less pronounced.

The results of the study have been published in the journal PLOS One.

One of the study authors, Professor Alex German, said: “This is the largest ever international multi-centre weight loss study conducted to date in overweight dogs.

“While the short-term duration of the study meant that many dogs did not reach their target weight, the fact that owners observed improved activity and quality of life suggests real benefits to wellbeing.”

A spokesperson for Royal Canin, said: “The study clearly showed that a properly implemented weight loss programme can successfully result in safe and efficacious weight loss for a large majority of dogs; in this population, 97% of dogs that completed the study lost weight.

“In addition to improvements in quality of life and activity, owners believed that their dogs begged less as the study progressed, findings that can hopefully assure pet owners that returning their pet to a healthy body condition is beneficial and worthwhile.”

The full study, entitled ‘Success of a weight loss plan for overweight dogs: the results of an international weight loss study’, can be found here.

Dr German provides further hints and tips for owners in the University of Liverpool podcast (Episode 12: Help! Is my dog obese?) which can be found here.