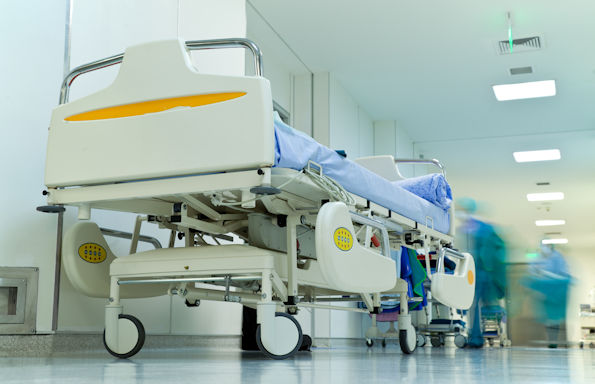 Research led by the University of Liverpool suggests that the growing numbers of adults experiencing delays from being discharged from hospital may have played a part in the sharp rise in deaths noted in England in 2015.

In a study published in the Journal of Epidemiology & Community Health, researchers believe they have found evidence that poorer performance by the NHS and adult social care services as a result of austerity may be having an adverse impact on the population’s health.

Between July 2014 and June 2015, England and Wales saw an additional 39,074 deaths compared with the same period the previous year.

Despite mortality rates fluctuating every year, this was the largest rise for nearly 50 years in England, and the higher rate of mortality has remained throughout 2016 and into 2017. Most of these additional deaths were in frail, older individuals.

During the same period, there have been funding issues, with the number of NHS trusts amassing budget deficits increasing sharply since 2014-2015, alongside rising waiting periods for elective surgery in 2015.

Issues within the NHS appear to have been made worse by problems with the provision of adult social care to support individuals who are leaving NHS care and the pressures of increased demand.

Researchers from the universities of Liverpool, Oxford, Glasgow and York examined whether these increases in individuals delayed from being discharged from hospital were associated with changes in the number of deaths.

They theorised that delayed discharges could be an indicator of worsening health and social care, which could influence mortality rates through delaying transfer to appropriate care and/or preventing new patients from accessing appropriate care.

The researchers used Office for National Statistics monthly data on the number of deaths and calculated monthly mortality rates for England for the period August 2010 to March 2016. They then compared the mortality rates with delays in discharges from NHS England data on transfers of care for acute and non-acute patients in England.

The rate of this increase appeared to change in 2014, where both measures began to show an upwards trend. The trend for non-acute admissions differed with a ‘u’-shaped trend of declines up to 2014 and increases after for both measures.

The researchers acknowledge there are several limitations to their study, such as the fact that their analyses were only observational and associational, so were limited in their ability to draw out exact causes. Also, by using population-level data, they could not detect whether or not delayed discharges for particular individuals actually led to deaths.

The findings, therefore, should be interpreted cautiously, but nevertheless, the researchers say it provides a useful starting point for further analysis.

Dr Mark Green, Lecturer in Health Geography at the University of Liverpool, said: “In conclusion, we have shown that the increasing prevalence of delayed discharges within hospitals occurred as mortality rates rose in England.

“Despite the exploratory nature of our study, the implications of our findings are important and require urgent attention. Greater investment in the NHS and adult social care to address the rising levels of delayed discharges may be needed to tackle the rapid rise in mortality rates.”

The paper `Could the rise in mortality rates since 2015 be explained by changes in the number of delayed discharges of NHS patients?’ (doi 10.1136/jech-2017-209403) is published in the Journal of Epidemiology & Community Health.