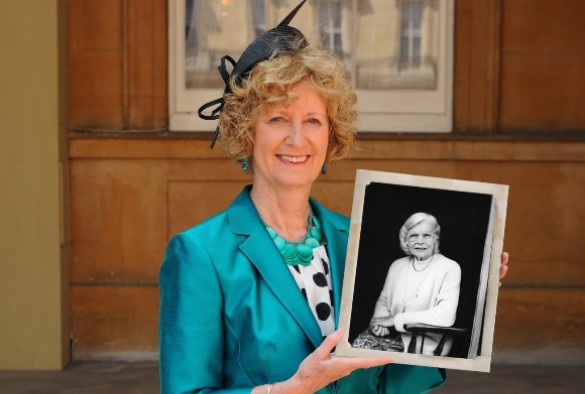 A University of Liverpool professor, Dame Margaret Whitehead, is being honoured as part of a special exhibition of photographic portraits of the leading women in medicine today, and the major figures from the past who have inspired them.

2017 is a landmark moment in the history of women in medicine. It is just over 150 years since Elizabeth Garrett Anderson qualified as Britain’s first woman doctor, it marks the centenary of the foundation of the Medical Women’s Federation and saw, for the first time ever, the majority of the country’s world renowned medical royal colleges being led by female clinicians.

Now, ‘Women in medicine: a celebration’, an exhibition of specially commissioned photographic portraits, will run at the Royal College of Physicians in London from 3 October until 19 January 2018.

The exhibition is the result of a project, coordinated by the Royal College of Physicians (RCP) and supported by The Lord Leonard and Lady Estelle Wolfson Foundation, bringing together the leading medical bodies of the United Kingdom and Republic of Ireland.

Each faculty and college with the Royal College of Physicians has nominated a modern day doctor to represent their specialism or area of practice, who in turn pays tribute to one of the remarkable women that went before them. The two are captured together in a series of new images by photographer John Chase, who has previously worked with the Museum of London, British Museum and National Portrait Gallery.

Professor Dame Margaret Whitehead was nominated by the Faculty of Public Health of the RCP and in turn wanted to pay tribute to Dr Dame Rosemary Rue.

Margaret Whitehead is an internationally renowned authority on inequality and human heath, and W.H. Duncan professor of public health at the University of Liverpool, the first woman and first non-medic to hold the position in its 105-year history.

Awarded a damehood in 2016, Professor Whitehead’s citation read “she has made an outstanding contribution to our understanding of health inequalities, with a significant influence on public health internationally.”

She highlights Dr Dame Rosemary Rue (1928-2004) as a major public health woman in medicine from the past. Dame Rosemary was a determined champion of women in the medical profession, overcoming setbacks to leave an imprint on the nation’s health services.

Margaret Whitehead on Rosemary Rue: “It seems barely credible now that as late as 1950, medical schools such as the ground-breaking Royal Free were dismissing female students because they had married. This is what happened to Rosemary Rue, but she was undeterred and overcame this, and many other, difficulties to become an inspirational medical officer as well as a national leader.”

Shown in the Lasdun Hall at the heart the Royal College of Physician’s modernist home, the new images provide an arresting counterpoint to the college’s important portrait collection featuring, overwhelmingly male, physicians from the last 500 years.

The exhibition is supported by a new section of the Royal College of Physician’s website, providing biographical information on all the featured women. In addition, banners highlighting the achievements of those honoured will be on display at the various participating organisations across the United Kingdom and Republic of Ireland throughout the run and into 2018.

Professor Jane Dacre, president, Royal College of Physicians, said: “As we enter the year of our 500th anniversary, we at the Royal College of Physicians are delighted and privileged to be coordinating this joint project, bringing together the leading medical bodies of the United Kingdom and Republic of Ireland to celebrate the enormous contributions to medicine made by women, past and present.

“There is no better time to be honouring the achievements of female clinicians throughout the last 150 years, as we look forward to a world where women in medicine, at the very highest levels, are the no longer the exception, but the norm.”

“We hope that visitors will enjoy the exhibition in a spirit of celebration, but also determination that the progress of the past and present continues into the future.”