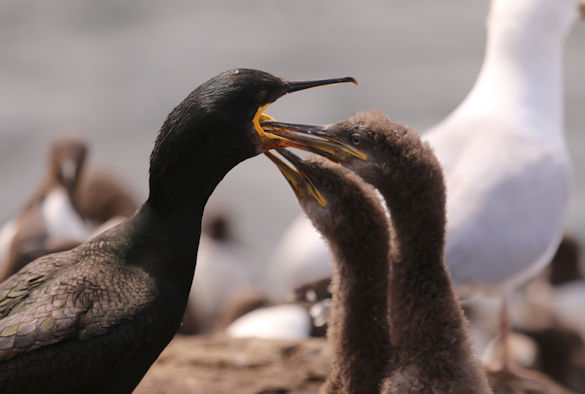 The diet of European shags has diversified as a result of warming North Sea temperatures according to a new long-term study led by the University of Liverpool and the Centre for Ecology & Hydrology.

The team of researchers, including those from the University’s School of Environmental Sciences, studied the types of fish fed to shag chicks on the Isle of May National Nature Reserve in Scotland over a thirty year period, from 1985 to 2014.

They collected and analysed diet samples (regurgitated food) from the nests of shags breeding on the Isle of May each year for three decades.

This allowed the researchers to identify which prey types the birds were feeding their chicks. By combining this diet data with modern statistical techniques and environmental data from around the colony (wind, rain, temperature, plankton abundance) the researchers were able to identify the trends in diet composition and investigate what factors may be driving the prey consumed by this population.

They found that in the 1980s shags fed their chicks almost entirely on sandeels, a small highly, abundant fish species, but in recent years this has reduced substantially. Over the same period, the number of other fish types consumed has increased, from 1 to 10 types per year, including rock butterfish and codfishes.

Their results suggest that rapidly warming sea temperatures in the North Sea may be driving this dietary diversification, either by reducing sandeel availability or by bringing shags into contact with new species that are positively affected by ocean warming. On a daily basis, the amount of sandeel in the diet was determined by the strength of the wind, with fewer sandeel eaten on windy days, and may be due to an effect of wind conditions on the ability of shags to fly or catch their prey.

Richard Howells by a PhD Student from the University who led the research, said: “Using one of the longest-running seabird diet datasets in the world, we were able to show that the diet of this population has diversified, and we think this is in response to ocean warming in the North Sea over the past three decades.”

“This study will help to understand what drives diet composition in this shag population, which has declined rapidly over the same period. Crucially, we identify that both long-term trends in temperature and short-term weather variability affects diet composition in shags. This means that climatic change could affect this population via both long- and short term effects.

“Shags are far more flexible in where they feed and what they eat than many other seabird species (such as kittiwakes and puffins) in the region. Our findings may therefore have important implications for other seabirds in the region, which may not be able to switch to these other prey in response to ocean warming.”

Shags are goose-sized, dark, long-necked seabirds similar to cormorants, but are smaller and generally slimmer, and unlike their cormorant cousins are rarely seen inland. In the UK they breed on coastal sites, mainly in the north and west, and over half their population is found at fewer than 11 sites, making them a Red List species.

The UK is a global stronghold for shags. In 2000, 34% of the global population of European shags were found in the UK, but by 2015 the UK population had declined by 34%.

Poor winter weather is believed to be an important factor driving this decline, but understanding how their diet has changed over this period is crucial if we are to help preserve this population in the future.

The research was supported by the Natural and Environmental Research Council (NERC), Through the Adapting to the Challenges of a Changing Environment Doctoral Training Partnership. 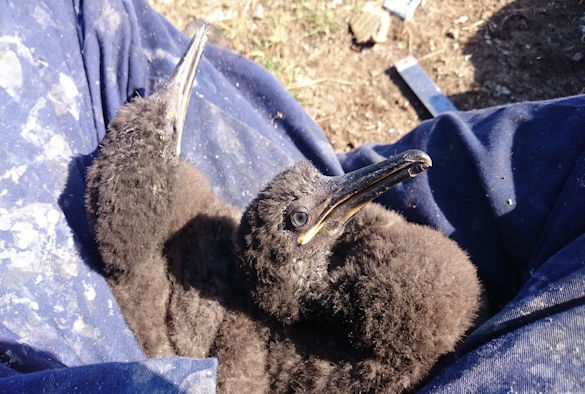