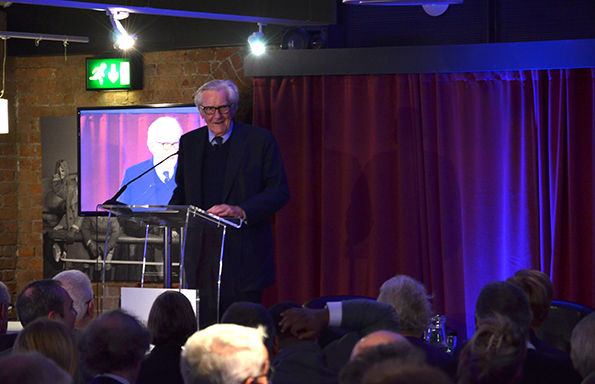 The great and good of Merseyside joined Professor Michael Parkinson for a celebration of Lord Michael Heseltine’s contribution to the nation, its cities and Liverpool.

Around 175 invited guests from across industries, disciplines and public life spent the afternoon at the Maritime Museum, where they were regaled with stories from big hitters like Lord John Prescott, Lord Andrew Adonis, Sir Terry Leahy, Mayor of Liverpool Joe Anderson and others. 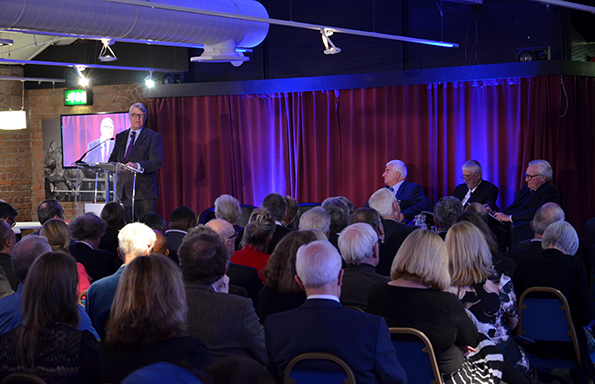 Reflecting on his impact, Max Steinberg said: “Michael created beacons of hope around the city…people began to see that there were positive developments.”

In response, Lord Heseltine described how his involvement with Liverpool began, he said: “The riots came as a profound shock. I remember the conversation I had with Margaret Thatcher, I said, ‘I want to take three weeks off and walk the streets of Liverpool’.

“Everybody here knew what was wrong.”

Lord John Prescott then took to the stage and described a “Michael of two halves”, who was anti-intervention in his earlier political career. 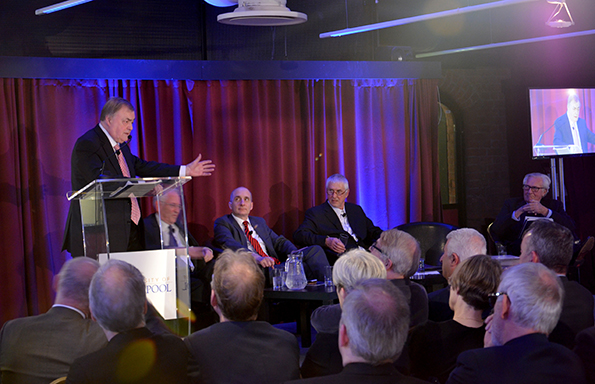 To laughter, Lord Prescott said: “I have no problem whatsoever celebrating mark two Michael Heseltine, but I would have done with mark one!” before adding that Lord Heseltine is a man who always “had the courage and commitment to get on with the job”.

He was followed by another former Government Minister, Lord Adonis who hailed Lord Heseltine’s infrastructure legacy, such as the transformation of the Docklands in London and HS1, alongside his work in Liverpool and other deprived cities. 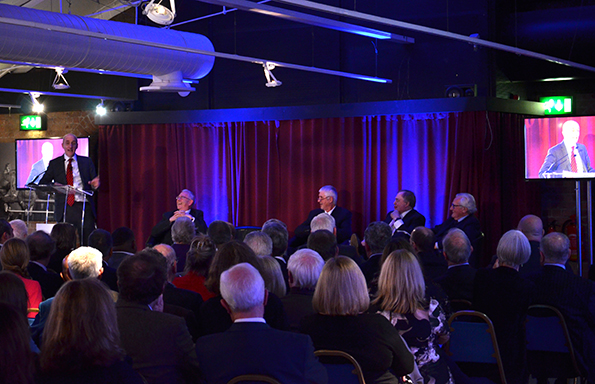 In response, Lord Heseltine remarked that his 1990s City Challenge project was “arguably the most interesting thing that I ever did.”

Attention then turned to current views on UK cities’ performance, with University of Sheffield’s Professor Philip McCann providing the view from Europe, ahead of contributions from Dr Andrew Carter, Chief Executive of Centre for Cities and Ed Cox, Director of IPPR North. 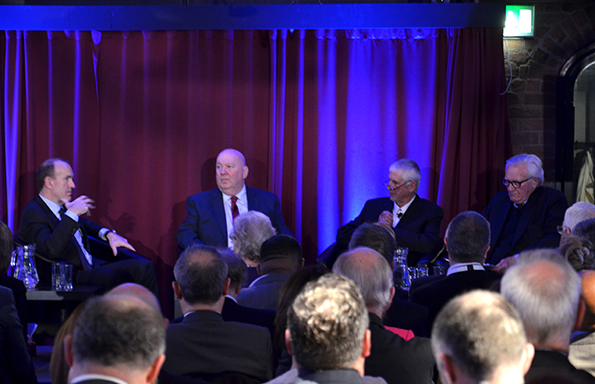 Closing, Lord Heseltine said his mantra had always been “show me the problem, show me the person in charge”. He said he had always wanted to create “ladders of opportunity” but that too often, in areas of high unemployment it’s the “gang leader” that provides the “easiest ladder”.

He described Brexit as a “one way walking disaster for this country”, and said the response should be further devolution.

Lord Heseltine said: “We still need an industrial strategy. The purpose has to be to devolve far more of what London now administers out to the rest of the country.

“Devolve power, trust the people, enthuse the people, find out what the standard is that you are up against in the rest of the world.”

Celebrating Lord Michael Heseltine’s contribution to the nation, its cities and Liverpool was organised and delivered by University of Liverpool’s Heseltine Institute for Public Policy and Practice.