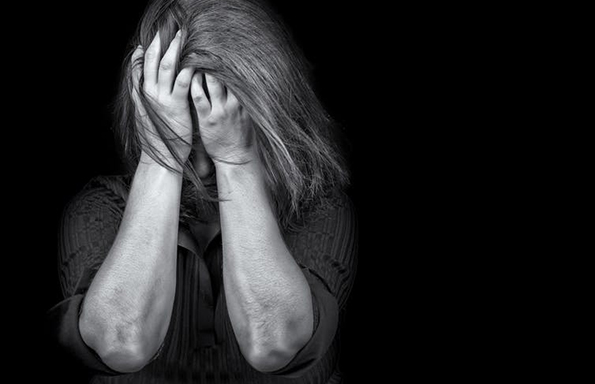 Professor Sandra Walklate is the Eleanor Rathbone Chair of Sociology in the University of Liverpool’s Department of Sociology, Social Policy and Criminology

Numerous Australian reviews – including Victoria’s Royal Commission into Family Violence and Queensland’s Not Now, Not Ever Report – have documented the failure of the criminal law to provide justice for victims of intimate partner violence. A common question emerging from these reviews has been: how valuable is the introduction of new legal categories as a way of improving responses to intimate partner violence?

Drawing on the English experience in introducing the offence of coercive control, we dissect this question. In doing so, we urge caution to those Australian jurisdictions contemplating a move in this direction.

The English offence of coercive and controlling behaviour

In 2015, a new offence of “controlling or coercive behaviour” was introduced in England and Wales.

Section 76 of the Serious Crime Act 2015 states that a person commits coercive control if:

a) A repeatedly or continuously engages in behaviour towards another person (B) that is controlling or coercive;

b) At the time of the behaviour, A and B are personally connected;

c) The behaviour has a serious effect on B; and

d) A knows or ought to know that the behaviour will have a serious effect on B.

The offence, as legally defined, is gender-neutral and limited to behaviour between persons in a current intimate relationship. It covers a wide range of behaviours and draws directly on the work of American sociologist and forensic social worker Evan Stark.

Read more: Do we need a new offence to protect victims of family violence from psychological harm?

There have been varied responses to the introduction of this offence. While it is not yet possible to evaluate empirically its implementation, given the limited case law to date, it is possible to set out the likely gaps between the intention of the legislation – to better prevent and respond to violence against women – and its impact in practice.

Reflecting on the UK experience, our recently published research explores why a new offence may not necessarily improve legal responses to intimate partner violence.

Meeting the needs of victims

The implementation of this offence relies upon victims being willing and able to involve police. This is problematic. Research has consistently found that women victims of intimate partner violence are hesitant to engage police. They fear gender bias, discrimination, not being believed, that the abuse will escalate following police intervention, or that they will be blamed for the abuse committed against them.

For women within a coercively controlled relationship, these barriers to seeking help are particularly insurmountable. Evidence from Evan Stark’s own work suggests women who have been coercively controlled are more likely to experience isolation and to lack social support networks and independent decision-making skills.

Thus the introduction of a new offence alone is unlikely to reduce the reluctance of women victims to engage the police.

A problematic reliance on police understanding

Victims who do contact the police are likely to come up against additional barriers to justice. For example, the implementation of this offence relies on a police officer’s ability to identify the potential presence of coercive and controlling behaviour, elicit information from the victim and correctly assess that pattern of behaviour. This requires that officers move away from assessing a particular “incident” and instead interpret a series of interrelated events and the harm that flows from these.

Effectively educating frontline police on the gender dynamics at play in coercive control situations and enhancing their ability to identify such behaviour will require a long-term commitment to specialist training. This has yet to happen in England.

The difficulty of evidence of coercive control

For cases that proceed beyond the policing stage and into the criminal courtroom, a key issue is how to prove coercion. The difficulties women victims face in documenting their abuse should not be overlooked.

The offence of coercive control focuses on a pattern of abusive behaviour. This may involve unremarkable acts that, when viewed in isolation, are not criminal. Rather, it is about analysing behaviour that forms a pattern of abuse.

Read more: Victoria leads the way on family violence, but Canberra needs to lift its game

So the very same barriers that have traditionally hindered women’s access to justice are likely to persist, despite the existence of a new offence. As of December 2016, only 59 convictions for this offence were reported in the National Statistics, which is perhaps illustrative of some of the difficulties highlighted here.

More law is not the answer

Recourse to the law remains one of the central planks of policy responses to intimate partner violence. In the case of coercive control, our research suggests more law of this kind is not the answer to improving those responses. We urge Australian jurisdictions to be cautious about following in the footsteps of our English counterparts.

There may be a place for coercive control in law. But we believe a more effective role for this concept may lie in better-informed expert testimony presented to the court in the case of very serious offences.

Law reforms should be evidence-based and informed by an understanding of the problems the reform seeks to address. Policymakers must also look beyond the criminal law as a “quick fix” to a long-standing social problem and instead strengthen civil remedies, service access and delivery.