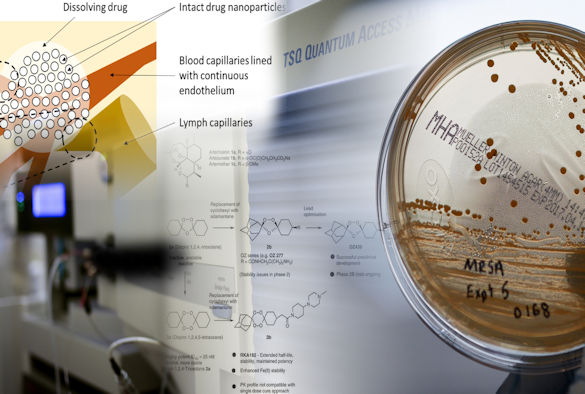 The University of Liverpool’s Department of Molecular and Clinical Pharmacology has been honoured with a Queen’s Anniversary Prize – one of the most prestigious awards in higher education – in recognition of its work to improve the safety and effectiveness of medicines.

The Department of Molecular and Clinical Pharmacology, which is one of the oldest and largest in the UK, has an international reputation for understanding all aspects of drug actions from designing and creating novel drugs, running clinical trials on new drugs, through to improving the use of existing drugs.

Alongside a track record for training future leaders in the clinic, academia, and the pharmaceutical industry, the Department is consistently ranked as one of the UK’s top teaching schools for Pharmacology for both undergraduate and postgraduate students.

Professor David MacEwan, Head of the Department of Molecular and Clinical Pharmacology, said: “Since its inception, the Department’s expertise in pharmacological understanding has ensured that we have been one of the most highly regarded Pharmacology institutions in the UK.

“The resulting knowledge from our molecular and clinical research has had an enormous impact on the daily lives of people by not only developing new drugs and treatments, but identifying problems in existing treatments and circumventing side-effects in future therapies.

“Through our bench to bedside approach we continuously strive to ensure our work improves the development of medicines, for the benefit of society.

“It is a great honour to be awarded the Queen’s Anniversary Prize which recognises the excellent work carried out by our staff.”

The University’s Vice Chancellor, Professor Janet Beer, added: “The Queen’s Anniversary Prizes reward excellence in work of outstanding importance and quality in higher and further education, so this honour is real testament to the deep and far-reaching impact of research carried out by the Department of Molecular and Clinical Pharmacology here at Liverpool.”

The Queen’s Anniversary Prizes are administered by the Royal Anniversary Trust and presented every two years to reward innovative work of outstanding quality within the higher and further education sector.

The Prize will be officially presented to the University in February 2018 by a member of the royal family at a ceremony to be held at Buckingham Palace.