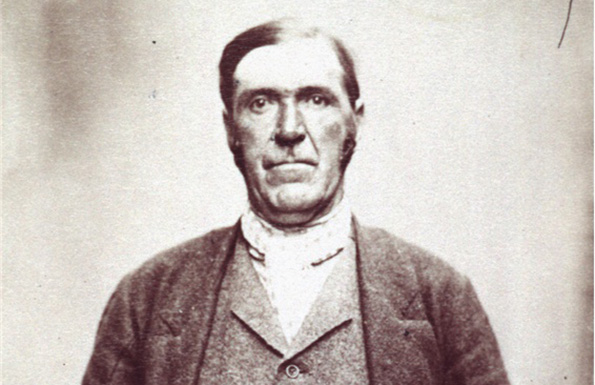 A new exhibition exploring the troubled lives of eighteenth and nineteenth century convicts, produced in collaboration with the University of Liverpool’s Digital Panopticon Project, opens on Monday.

Criminal Lives, 1780-1925: Punishing Old Bailey Convicts, runs at the City of London Corporation-owned London Metropolitan Archives (LMA) from December 11, and looks at a time when imprisonment became the dominant method of punishing felons.

The exhibition uses documents, prints and Victorian photographs from the LMA’s extensive collections to present the lives of convicts from the Gordon Riots in 1780 to the early twentieth century.

Produced in collaboration with the University’s AHRC Digital Panopticon Project, it traces the impact of punishment on convict lives during a time when the purpose of punishment shifted from retribution inflicted on the convicts’ bodies to attempts to reform their minds.

Digital Panopticon Project lead, Professor Barry Godfrey said: “This exhibition gives us another insight into the experiences of some of the thousands of people featured in the Digital Panopticon.

“The LMA exhibition links the digital to the archival, and the physical to the virtual in the most fascinating way.”

The free show puts the spotlight on a wide range of London convicts.

These include the recidivist prostitute and pickpocket, Charlotte Walker, the notorious receiver of stolen goods; Ikey Solomons and the thief and serial transportee to Africa, America and Australia, Thomas Limpus.

The exhibition includes original documents from the Old Bailey archives and objects such as an original policeman’s truncheon and a reproduction Millbank Prison uniform, as well as a wide range of convict images from picture collections in Britain and Australia.

Bob Shoemaker, Professor of History at the University of Sheffield, said: “This exhibition brings together a fascinating set of records from the LMA’s collections and other archives to show how the reformatory prison became the dominant form of punishment in our judicial system.

“By using convict life stories to explain the origins of the modern prison, viewers will see punishment in a new light.”

Tim Hitchcock, Professor of Digital History at the University of Sussex, said: “In just 100 years, hanging, whipping and branding, and transportation to Australia, were replaced by imprisonment.

“This exhibition tells the story of that transition through the lives of the men and women at the sharp end of the criminal justice system.”

Larissa Allwork, Public Engagement and Impact Officer at the University of Sheffield, said: “We hope that the Criminal Lives exhibition will provide an opportunity for the public to engage with this fascinating history and its contemporary legacy in all of its dimensions.

“Our free public engagement programme includes an education pack for schools, FindmyPast workshops for family historians and a session with Ikon Gallery, Birmingham on the convict artist, Thomas Bock.”

The City of London Corporation, which owns and manages London Metropolitan Archives, invests £80m every year in heritage and cultural activities of all kinds. It is the UK’s largest funder of culture after the government, the BBC, and the Heritage Lottery Fund.