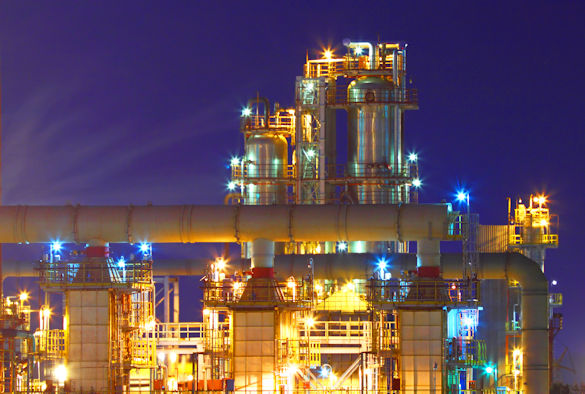 Scientists from the University of Liverpool are providing their expertise in geology and rock deformation to a new Carbon Capture and Storage (CCS) project in North East Scotland.

CCS is an emerging technology that involves capturing carbon dioxide (CO2) emissions, transporting it and securely storing it in undersea rock formations to prevent it from entering the atmosphere.

The Acorn CCS project will capture CO2, initially from the St Fergus gas processing terminal, transport it and inject it deep underground for permanent storage in a reservoir.

Scientists from the University’s Department of Earth, Ocean and Ecological Sciences will characterise the petrology and geomechanical properties of the reservoir which is at sandstone layer (~1km depth) and the caprock, a low permeability layer that overlies the sandstone and will stop the CO2 from escaping from the sandstone layer.

They will use specialist high-pressure deformation apparatus in the University’s Rock Deformation Laboratory to test the strength of the sandstone and caprock drilled from the injection site and to replicate the conditions experienced down at the reservoir depth.

The rock samples will also be uniquely characterised using specialist scanning electron microscope (SEM) equipment (QEMSCAN), loaned to the University by FEI. The QEMSCAN analysis work will characterise the sandstones and caprocks in terms of the minerals that are present and the rock fabric of each sample; this work will help to make sense of the rock strength tests.

In the Rock Deformation Laboratory they will change the pressure conditions and simulate the injection at the laboratory scale in order to help provide limits for safe injection pressures and inform the team of the nature of deformation that might occur. This is important as when CO2 is pumped into the reservoir it changes the stress state of the rock and this may lead to fractures or weakening of the reservoir that may promote leakage or reduce the capacity of the reservoir.

The feasibility study -ACT Acorn study – for the project has just begun and is supported by the European Union’s Accelerating CCS Technologies (ACT) funding round.

Professor of Geology and Geophysics, Dan Faulkner, said: “This project will draw on the expertise and facilities here at the University of Liverpool to better understand how the reservoir will react when C02 is pumped into it which is an important part of CCS going forward.”

The project is led by Pale Blue Dot Energy and other partners include Scottish Carbon Capture & Storage (University of Aberdeen, University of Edinburgh and Heriot-Watt University), Bellona (Norway) and Radboud University (Netherlands).

The study will demonstrate the commercial and regulatory aspects of CCS project development in the UK.

“This is essentially a commissioning phase for a project that could see millions of tonnes of CO2stored as Acorn expands to include emissions from Central Scotland, from future hydrogen produced at St Fergus and the potential import of CO2 to Peterhead Harbour. We want to encourage the replication of the Acorn project worldwide, and one of our key objectives is to engage with low-carbon stakeholders in Europe and further afield to disseminate lessons learned and tools created.”