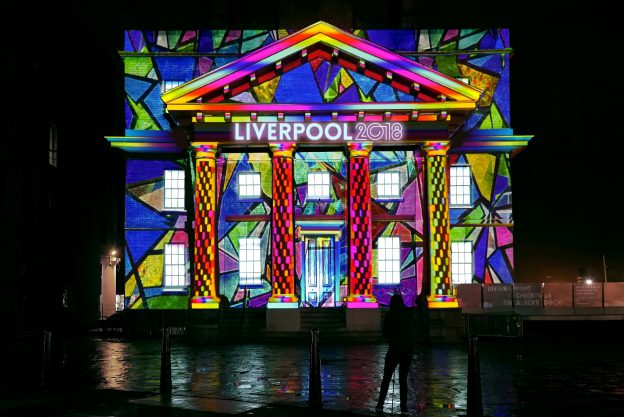 As an official supporter of Liverpool 2018, the University of Liverpool is preparing to celebrate 10 years since the city became European Capital of Culture.

Liverpool 2018 is a programme of exciting, inspirational and thought-provoking projects that will shine an international spotlight onto the incredible cultural centre the city has become.

Bringing together international artists and performers with some homegrown talent which has emerged over the last decade, more than 40 events and festivals will take place in and across the city region, including firsts, one-off spectacles and some returning, crowd-pulling favourites.

Alongside this, there are four seasons – China Dream, Brittle Heart, Art of Football and Future World of Work – which will inspire different ways of thinking about ideas, people and places. The majority of events will be free.

The announcement taking place today (11 January) marks 10 years since The People’s Opening of European Capital of Culture 2008 took place – and brings together international artists, music, sport, ships, the best of Chinese art, great food and drink and even some cardboard box sculptures!

To mark the announcement, the University’s Engineering building will be turning ‘Liverpool 2018 Pink’ tonight, alongside other buildings in the city.

The University will also be celebrating 10 years since the Victoria Gallery and Museum (VG&M) was opened to the public in June 2018. This followed restoration of the iconic Victoria Building and was the University’s ‘gift’ to the city of Liverpool during its year as European Capital of Culture, providing a stunning new home for its art and heritage collections. A host of exhibitions and events will be taking place including New Perspectives, an exhibition series that gives members of the public a unique opportunity to view collections which have not previously been on display.

Professor Dinah Birch, Pro-Vice-Chancellor for Cultural Engagement at the University of Liverpool said, “Liverpool’s year as European Capital of Culture had a transformational effect on the city and this ten year celebration promises to be equally inspiring.

“I am delighted that we at the University of Liverpool are official supporters of this anniversary year. We have exciting plans, including the Liverpool Literary Festival 2018 and a series of exhibitions to celebrate ten years of our Victoria Gallery and Museum – the opening of which was a major part of our contribution to the city’s celebrations ten years ago.

“Liverpool’s cultural offer is an important part of our students’ experience and this anniversary programme promises plenty of exciting opportunities for them, and also for our staff and alumni.”

Some of the highlights of the Liverpool 2018 announcement include:

China Dream Season (February to October)
Against the backdrop of the breath-taking China’s First Emperor and the Terracotta Warriors exhibition at World Museum, Liverpool will be embracing its Far East links with a special China season running from February to October. Throughout this time we will be inviting some of the best contemporary artists, musicians and performers from China and UK based artists with relationships in China, to present work in the city. The season is in three chapters themed around Chinese New Year, Dragon Boat Festival and Moon Festival.

Professor Dinah Birch said: “At the University of Liverpool, we have significant long-term partnerships with China, particularly our joint venture Xi’an Jiaotong-Liverpool University, and each year welcome thousands of Chinese students to Liverpool to study and contribute to the wider life of the city. We are therefore particularly excited about the China Dream season which will be a wonderful celebration of Chinese culture.

Presence: A Window into Contemporary Chinese Art – 8 February to 3 June

A brand new contemporary arts exhibition Presence: A Window into Contemporary Chinese Art is presented in hidden spaces in St George’s Hall. This unique exhibition presents some of the best Chinese artists working today including Yan Zing, Cao Fei, Sun Xun and Luke Ching. The artworks belong to the New Collection of Chinese Contemporary Art, part of the University of Salford Art Collection and is the first time this collection has been displayed together.

Famed Chinese-born cellist Jian Wang (born in Xi’an where the Terracotta Warriors were discovered) performs with the Royal Liverpool Philharmonic Orchestra conducted by Julian Rachlin. He will bring his special brand of poetry to two of Tchaikovsky’s mini-masterpieces, Variations on a Rococco Theme and Andante cantabile in a concert that includes Beethoven’s revolutionary Eroica symphony.  The Orchestra welcomes back Chinese virtuoso pianist Zhang Zuo, and there’s a Liverpool debut for China’s leading conductor Long Yu later in the China Dream season.

Focused on celebrating the relationship between Liverpool and China and using the voices and stories of young Chinese people living in the city, Chinatown, Berry Street, William Brown Street and Bold Street will be overtaken with light, projections, fireworks and sound.

Artists and organisations including Illuminos, Pagoda Arts, First Take, CooL and Kazimier Productions will be using the city scape as their canvas to present a story of modern China in the UK. The city will be dressed for the festival from the 8 – 28 February with traditional Chinese Lanterns, lighting and digital projections with activity taking place across this period with traditional performers from Hung Gar Kung Fu. The festival will end on Sunday evening with a lumiere showcase followed by a spectacular pyrotechnic finale.

A season of work to commemorate both the 100th anniversary of the end of World War One as well as women’s right to vote, will look at the world a century ago and aim to draw comparisons with 2018 and the future. The armistice commemoration will be led by a unique collaboration between the orchestras of two UNESCO Cities of Music in a performance of Britten’s War Requiem.

Royal Liverpool Philharmonic and Hannover NDR Philharmonic, under the baton of Andrew Manze, are joining together to mark this significant historical anniversary with their choirs and an international soloist line-up. They will perform Britten’s great work, which uses texts from World War One poet Wilfred Owen. It will take place in the awe inspiring setting of Liverpool Cathedral on 10 November (the day before Remembrance Sunday), preceded in the week before, with a performance in Hannover’s Grosses Sendesaal concert hall.

Future World of Work Season (May – July)
With studies suggesting that in 20 years’ time, half the jobs in the region may no longer exist. a major strand of work in 2018 will look at what the future of work means for the future of society. FACT will lead on a series of artistic commissions linked to this big question which will take over the city centre and will also work alongside the International Business Festival and UNIGlobal, to bring some of the biggest and best thinkers to the city throughout the summer and tackle this idea.

Kazimier Productions will explore what changes in work will mean for changes in the way we spend our spare time in a new project called Leisureland and previously announced project RE:WIRE will see FACT and Leeds based Invisible Flock work with local communities to take over Toxteth Reservoir and see how the relationship between technology and the changing climate will impact the way that we live our lives.

The Art of Football Season (14 June – 15 July)
To coincide with the Football World Cup, throughout June and July a series of works will be commissioned which have football at their heart. They will explore the concept of ‘fandom’, challenge stereotypes and look at the impact of football on fashion, music, politics and society.

Liverpool has an incredible annual events calendar, and as part of 2018, 14 festivals including Africa Oye, Liverpool Arabic Arts Festival, LEAP and DADA Fest will be given additional resources to enable these cherished events to present some of their most eye-catching and ambitious line ups to date.

All of this builds on the incredible programme already released including China’s First Emperor & the Terracotta Warriors, Feast of Fire at St George’s Hall, Liverpool International Music Festival, the finale of the Clipper Round the World Yacht Race, 20th Anniversary of Liverpool Biennial, 30th Anniversary of Tate Liverpool and the return of The Clothes Show.

For more information on already released projects and to help plan your visit to Liverpool please visit:  www.visitliverpool.com/2018. 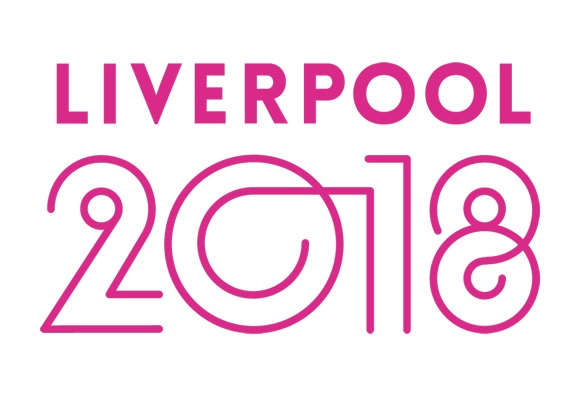