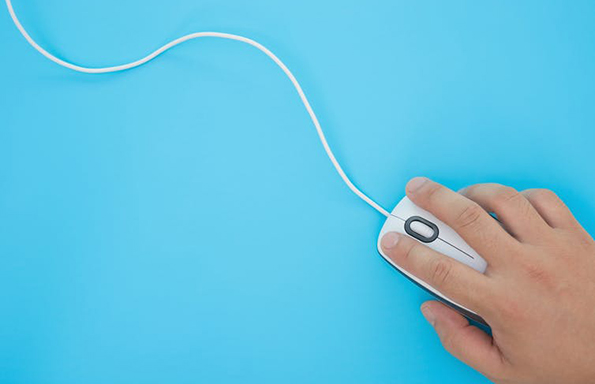 The digital economy has created new opportunities and ways of working. But it has also created millions of tasks or jobs that involve intense competition, unregulated working conditions and extremely low rates of pay.

Driven by the rapid rise of cloud and algorithmic computing, the “platform economy” is dominated by operators such as Uber, Facebook and Google and Amazon Web services. Airbnb and Uber, for example, use the latest cloud tools like Amazon Web services to drive their dominance and cull competition in a wide range of sectors.

While workers in the “app-driven economy” do often make a decent wage, with some measure of legal protection, many others who do “crowdwork” or “micro-tasking” on platforms can find themselves being paid below the minimum wage and without the basic, ethical protections provided by mainstream employers. A growing body of research shows that large numbers of skilled and semi-skilled virtual workers routinely offer their services on such platforms for extremely low pay, with no recourse to the rights and protections accorded to “mainstream” workers and with little hope for alternative ways of making ends meet.

There is also evidence that a majority of these workers are young, relatively skilled and unable, for many reasons, to find decent work that pays a living wage. Sometimes called the “cybertariat”, these workers are unseen, unheard and paid very small amounts of money to do things like write a book or edit a document or manufacture “likes” on a web page.

Crowdworking, in particular, is beginning to spread rapidly across the world as a way to survive in an increasingly precarious global economy – at least for those without a significant amount of formal education, capital or connections. Crowdwork is defined literally as crowds of geographically dispersed and culturally heterogeneous people who work without guarantee of frequency or pay. It attracts millions of people who cannot get jobs that promise career advancement, who are unable to make ends meet with a “day job”, who are unable to get on welfare or benefits, or who have profound caring responsibilities or health problems that make full-time work impossible to maintain.

Few of us realise that keeping the internet relatively benign, amusing, safe and lucrative for consumers and businesses requires such workers to do millions of “micro-tasks”.

Workers scramble for hours on end, for example, to succeed at bidding for pieces of micro-work posted on Mechanical Turk, ListMinute, Elance.com or TaskRabbit. While many freelancers also offer their skills on platforms like Fiverr.com, there is very little research on how any of these service providers calibrate their workloads or manage highly critical reviews from clients.

Other workers spend their days increasing the number of “likes” on corporate websites. Still others trawl through distressing or even gruesome images online to render cyberspace fit for human consumption. Even when pay is constant, regular and stable, “gig” workers are often among the first to suffer the negative consequences of policies introduced, often with little warning, by regulatory bodies, local councils and corporations. Uber drivers in London are only one recent example of this kind of thing.

All of these examples point to a profoundly asymmetrical relationship between the skills people acquire and the pay they can (or cannot) sustainably command in a digital economy that is increasingly powered by platforms.

While there is data to show that median pay for such jobs can be as high as £20 per hour, these tasks involve high responsibility and little flexibility. They require the worker to show up at a particular location and at particular times, such as dog-walking or taking care of disabled children. These tasks are not often taken up by workers – for reasons that are unclear.

And while a very small number of virtual workers are relatively well-remunerated – such as business consultants or project managers working for “flash” organisations set up to serve clients on high-value, high-cost platforms – the vast majority spend considerable time and energy picking up enough work to support their families or to support themselves. There is therefore intense competition for low-paid, virtual work. Most of those in the latter group are young people in developed countries. Many of these work from internet cafes, public or university libraries, or where there is free WiFi.

On platforms such as Mechanical Turk (Amazon), Upwork and Crowdflower, the pay for microtasks ranges from pennies to a few dollars, rarely much more, wherever one is geographically based in the world.

This can equate to a great deal below minimum wage standards in developed economies; as the situation stands, only the EU and UK governments have signalled that basic protections must be provided for so-called “gig” workers. But these debates are at an early stage. Whether – and how – such legislation actually comes to pass is anybody’s guess at the moment.

There are an increasing number of calls to understand such work in the context of what we typically understand as slavery. Historically, slavery has been understood as the condition of working very hard for very little or no pay whatsoever. Going from “gig” to “gig” or “micro-task” to “micro-task” might not call slavery to mind, but gig workers are beginning to emerge as the slaves of the new economy.

Of course, there are many differences between historical slavery and digital slavery of the kind I have described here. This time, the chains are not so visible – but the scars may well be as lasting. First person accounts of digital click farm work are still thin on the ground but almost all of them testify to the extreme fear and sense of bondage engendered by such work.

The question is not so much who or what is driving these digital work inequalities. One cannot lay blame on the platform owners themselves nor the buyers of such services. Rather, it is the nature of perfect competition, in which profits to sellers are quickly eroded and no clear winner emerges.

The platform economy has risen so quickly and spread so rapidly across the globe that its implications for workers, policy makers and labour rights organisations have not entered popular consciousness. It is time they did. We need to think about what we want working life to look like in the future.