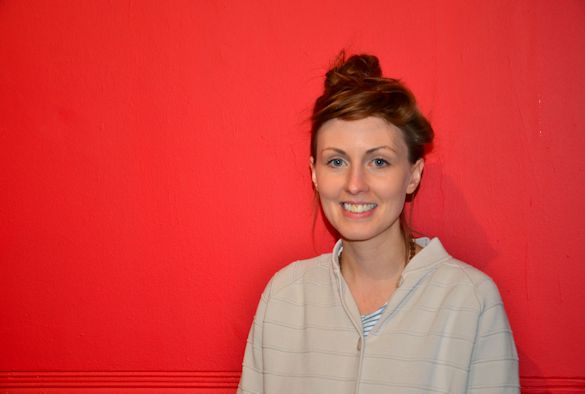 Fresh from being awarded the Women’s Hour Craft Prize and named as one of the Daily Telegraph’s Rising Stars for 2018, Phoebe Cummings’ latest exhibition Model for a Common Room opened at the Victoria Gallery and Museum on Saturday, 20 January.

She talks to the University about her work, inspiration and latest exhibition:

You’ve joined the VG&M at an exciting time as it celebrates its 10 year anniversary. It’s also an exciting time for you with your recent award.  Can you tell us about how your collaboration with the VG&M came about?

“I’ve been visiting and in conversation with the gallery for the past six months or so. I’ve enjoyed spending time looking around the VG&M and getting a feel for the place. I’m very excited to be here, this is my first exhibition in Liverpool.”

Where did you find inspiration for Model for a Common Room?

“I think the building itself played a big part; it’s so rich in ceramics that I felt a connection to it, almost every surface is covered in ceramics. When I was first introduced to the exhibition space I was struck by how charged it felt. It’s not just a neutral gallery space; when you enter it you are very aware of the history of the building and that it had a use before it became a gallery. That was a real starting point for me.”

Has the room’s former function, a Women’s Common Room, influenced your exhibition in any way?

“I’ve incorporated the floral designs which you can see on the fireplace into my sculptures. The fireplace is a very interesting object; it wasn’t created by one person but was designed and carved by a group of women. It’s something that was made from a shared experience. It made me think, as well, about who belongs in an institution, who comes through the door and how do they connect in individual ways to the building and its activities?” 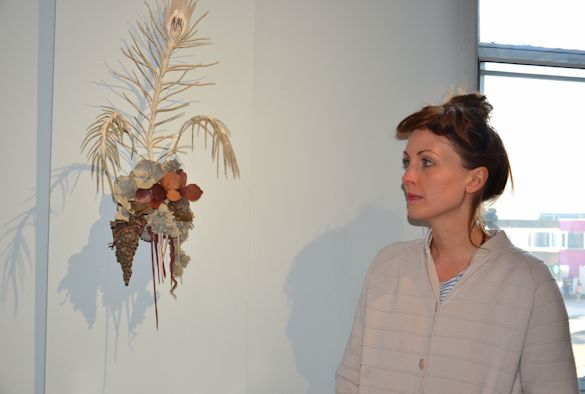 You studied 3-D design at University, was this when you first started using clay?

“Actually, after my initial visit to the VG&M I started thinking about a pottery class I used to attend as a child. Looking back on it, it was quite a powerful experience. It gave me a voice in the public domain that I’d never experienced before. That was the first time I’d put something out into the world and it was an amazing experience to have something on public display. I went on to study a Mixed Material Craft course at Brighton and that was when clay took over, it was something I just kept coming back to. This led me to a MA in Ceramics and Glass at the Royal College where Il was firing the clay in a kiln.”

Raw clay is quite uncommon in the art world, what is it about this material in particular that you enjoy working with?

“I’ve been working with raw clay since I graduated in 2005. Initially, it was more of a practical solution because I couldn’t afford a studio or a kiln; it was a way of being able to continue creating art when I didn’t really have the means. Now, it has become part of the work itself, I love the fragile and ephemeral quality that raw clay has. It’s really an amazing material; it’s so direct and responsive. For this exhibition in particular it works well because it’s so accessible. People of all age ranges and abilities can pick it up and create something with it.”

Can you tell us what visitors can expect from the workshops that are taking place during the exhibition?

“They’re an opportunity for people to have a shared experience of creating something together. When the exhibition opens there will be an unfinished column in the centre of the room that will be added to during the workshops. Visitors will be able to create a tile from a mould that I’ve created and the tiles will be added to the column. This links back to how the room itself was common room and we’re recreating that purpose in these workshops; bringing people together with the idea of contributing to something as a group.” 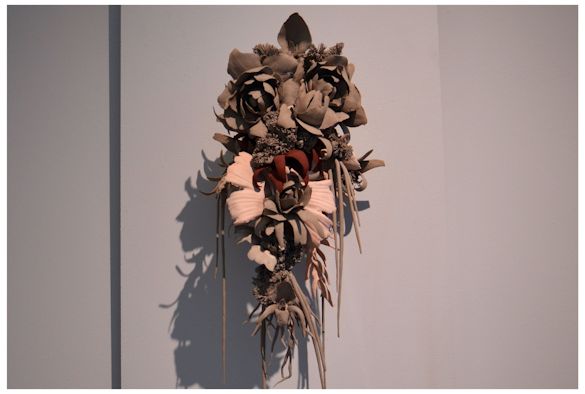 The New Perspectives exhibition series opened to the public on 20 January 2018 and its first commission, Model for a Common Room, runs until 23 June 2018.

The VG&M is free entry and is open Tuesday to Saturday 10am until 5pm.