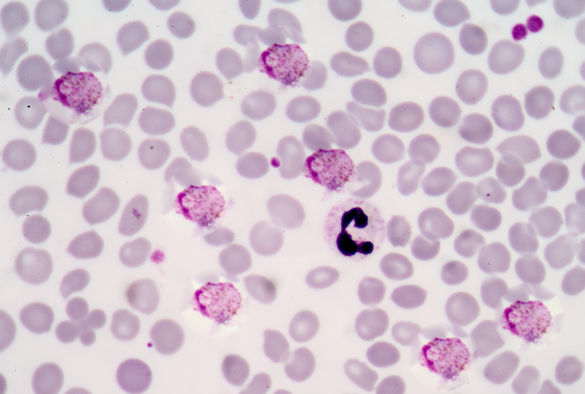 A new study, published in Nature Communications, conducted by the University of Liverpool and the Johns Hopkins University School of Medicine highlights a new ‘long acting’ medicine for the prevention of malaria.

Every year, malaria afflicts hundreds of millions of people and kills hundreds of thousands of children. Despite considerable success in reducing the worldwide prevalence of malaria, its incidence in visitors to endemic areas has continued to rise steadily.

Currently, the best available prevention of malaria requires oral dosing of antimalarial tablets. Chronic oral dosing of these medicines has significant complications because healthy people need to strictly adhere to the medication in order for effective prophylaxis to occur.

The study, led by Pharmacologist Professor Andrew Owen and Materials Chemist Professor Steve Rannard, aimed to utilise nanotechnology to improve the delivery of an existing antimalarial drug via a novel injectable format that can maintain blood concentration of the drug for weeks or months following a single dose.

Nanotechnology is the manipulation of matter on an atomic, molecular, and supramolecular scale. Nanomedicine is the application of nanotechnology to the diagnosis, prevention or treatment of disease in the human body.

Solid Drug Nanoparticles (SDNs) are a nanotechnology with favourable characteristics to enhance drug exposure and improve the treatment or prevention of several diseases, including HIV and malaria.

The Liverpool team have previously shown SDNs to be effective for oral delivery of drugs, but this is the first time they have shown benefits for a long-acting injectable (LAI) format. These particles have an approximate diameter that is 1/500th the width of a human hair, and once injected into the muscle, establish a drug depot that releases drug into the bloodstream over an extended period of time.

Through the use of this technology the trans-Atlantic research team developed an LAI version of a daily anti-malarial tablet (atovaquone) which provided prophylactic blood concentrations in mice for a period of 28 days. Moreover, mice injected with the nanomedicine were completely protected from the malaria parasite when exposed during this time, and since mice eliminate the drug much more rapidly in humans, a much longer duration of protection might be expected in people.

Professor Rannard, said: “Although anti-malaria drugs exist they require individuals to take medication daily. Chronic oral dosing has significant complications that arise from the high pill burden experienced by many patients across populations with varying conditions leading to non-adherence to preventative therapies.

“Our research seeks to remove the need for daily tablets and generate long-acting dosing technologies that may be able to provide therapeutic drug concentrations for months after a single administration. This would provide a clinically-relevant intervention that could readily impact large numbers of people and significantly prevent the transmission of malaria.”

Professor Owen, added “The ability of this nanomedicine to protect from infection by malaria may provide an additional tool in the global arsenal used to combat malaria in non-immune travellers and ultimately people who live in endemic areas of the world. Since atovaquone is already licenced for use in humans and the nanomedicine contains ingredients already used in other medicines, it could be enter clinical trials within a very short timescale”

“If other drugs can be manufactured in this way, in the longer term there is also potential for a long-acting combination therapy for malaria.”

For further information about nano-medicine please listen to the University of Liverpool podcast featuring Professors Rannard and Owen which can be found here.