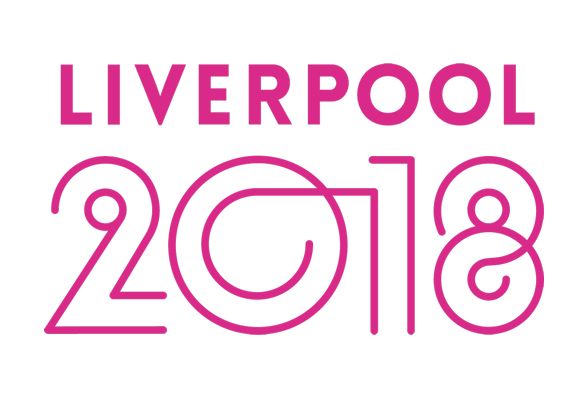 The University has signed up as an official education partner of Liverpool’s 2018 European Capital of Culture anniversary celebrations. The University joins a host of global brands, national organisations and local businesses to help celebrate the year ahead.

Earlier this month, organisers behind the Liverpool 2018 programme announced the latest series of events which includes a season dedicated to China, a brand new Irish festival, the creation of castles out of cardboard and performances to mark the 100th anniversary of the end of World War One.

The exciting and ambitious programme is being supported by the City Region Combined Authority with £5million from the Single Investment Fund, Arts Council England and CreART (a network of cities for artistic creation).

Assistant Mayor and Cabinet Member for Culture, Tourism and Events, Councillor Wendy Simon, said: “2018 is set to be an innovative and inspiring year, and we want the world to join us in celebrating Liverpool being at the heart of the UK’s cultural scene.

“We are delighted to welcome on board well-known brands and respected institutions which understand the value and importance the role of culture plays in society, and see that Liverpool really is a trailblazer when it comes to staging events which bring people together, boosts the regional economy and engenders pride in those that live here.

“I’d like to take this opportunity to thank all those companies who are supporting this special year and we look forward to working with them to shout about all the incredible activities taking place across the city region.”

Professor Dinah Birch, Pro-Vice-Chancellor for Cultural Engagement at the University of Liverpool said: “Liverpool’s year as European Capital of Culture had a transformational effect on the city and this ten year celebration promises to be equally inspiring.

“I am delighted that we at the University of Liverpool are official supporters of this anniversary year. We have exciting plans, including the Liverpool Literary Festival 2018 and a series of exhibitions to celebrate ten years of our Victoria Gallery and Museum – the opening of which was a major part of our contribution to the city’s celebrations ten years ago.

“Liverpool’s cultural offer is an important part of our students’ experience and this anniversary programme promises plenty of exciting opportunities for them, and also for our staff and alumni.”

For more information on already released projects and to help plan your visit to Liverpool go to www.visitliverpool.com/2018.