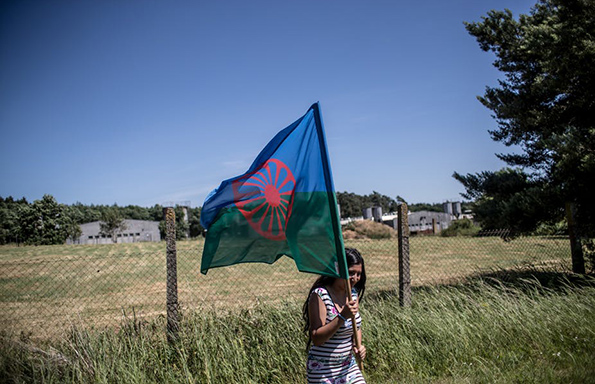 Czech president Miloš Zeman faces a tough run-off against rival Jiří Drahoš in the second round of the presidential election on January 26-27. Voters will deliver their verdict on Zeman’s open hostility to refugees, Muslims, and the European Union, and his support for Russia.

While the vote can be seen as a choice between the country leaning east or west in the future, Zeman’s controversial remarks about Roma demonstrate that many of the questions dividing Czechs are also rooted in the nation’s past.

In late 2017, Zeman provocatively claimed in a television interview that 90% of his country’s “unadaptable” citizens are probably Roma. He was responding to a UN human rights report that called for better integration of Roma in the Czech Republic. Zeman repeated his criticism of “unadaptable” citizens in his Christmas speech.

Members of the Czech government council for Roma community affairs reacted angrily to Zeman’s allegations. Meanwhile, Roma citizens eloquently pointed out that the Czech Republic is their homeland, too.

Racist stigmatisation of Roma as socially “unadaptable” has a long history across Europe. As a result, many people prefer not to declare their Romani identity. Just over 13,000 Czech citizens claimed Romani nationality in the 2011 census. Yet the Council of Europe estimates that some 250,000 Roma are living in the Czech Republic, a little less than 2% of the population.

Widespread ignorance about the history of Europe’s Roma fuels damaging stereotypes and persistent discrimination. But far from being perennial outsiders or aliens, Roma have been intimately integrated into European societies for centuries. As I argue in my recent book, Roma were not simply victims of human rights violations in postwar Europe, but citizens claiming equal rights for themselves.

The genocide of European Roma during World War II casts a long shadow over postwar Romani history. The “Gypsy camp” at Auschwitz-Birkenau has become an important symbol for commemoration of the Roma Holocaust. But persecution and discrimination took many forms.

Years before the Nazis came to power, many states across Europe, including Czechoslovakia as well as France and Germany, introduced laws requiring “gypsies” to carry special passports, or regulating their freedom of movement. During the war, Roma across Europe faced incarceration, deportation, and forcible sterilisation.

After the war, the largest Romani communities in Europe lived in eastern, not western, Europe. The “people’s democracies” in eastern Europe promised a new era of working-class emancipation in which discrimination on the basis of race and sex would be a thing of the past. In Czechoslovakia, one of the most industrialised countries within the eastern bloc after the war, Romani activists were outspoken advocates for their own rights under socialism.

During the late 1940s and early 1950s, many Romani activists in Czechoslovakia saw socialism as a path towards equality for Roma. To them, equality meant the right to work, to education, housing, healthcare, and to freedom from discrimination on the basis of race, class or sex. They knew that the Soviet Union had offered cultural rights to Roma during the 1920s and early 1930s.

During the Prague Spring of 1968, as Czechoslovaks sought to create a democratic socialism “with a human face”, Czech and Slovak Roma battled to establish their own associations and to be recognised as full citizens of their socialist homeland. They wanted Roma to have a greater say in political decisions that concerned them. They raised awareness of Romani language and culture. And they fought to win compensation for Romani victims of Nazi racial persecution.

But the socialist regimes in postwar Europe saw the path to equality for Roma lying in assimilation as worker-citizens. Communist officials claimed Roma were a “social group”, not a national or ethnic minority with the right to state support for their language or culture. Post-Stalinist states revived campaigns against Gypsy “nomadism” and debates about coercive sterilisation of Romani women. To justify this, experts argued that Roma were “unadaptable” citizens.

By the 1970s, however, Roma from socialist Czechoslovakia and Yugoslavia were at the head of a new international Romani movement that called for recognition of the Romani nation. Today, Romani movements across Europe are making their history accessible to a wider audience through initiatives such as the digital Roma Archive.

The Czech Museum of Romani Culture in Brno has pioneered research on Romani history since the collapse of the communist regime in 1989. The museum’s director, Jana Horváthová, whose family were among the leaders of the Romani movement during the Prague Spring, seems optimistic.

For decades, a pig farm stood on the site of the former camp for Gypsies in Lety, from where Roma were deported to Auschwitz during the Nazi occupation. Years of lobbying by Romani activists persuaded the Czech government to purchase the farm. Horváthová believes that most Czechs now agree on the need to replace the pig farm with a memorial.

Whoever wins the presidential election, Czech and Slovak Roma will continue to face long-running struggles: to win compensation for Romani women sterilised without their consent, to desegregate the education of Romani school children, or to combat social exclusion. All these questions have deep historical roots, which are only obscured by reverting to negative and unfounded stereotypes about apparently “unadaptable” Roma.