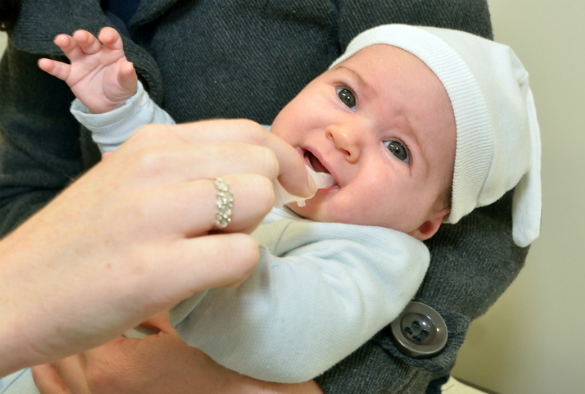 New research led by the University of Liverpool has found that childhood vaccination against rotavirus has greatest benefit in the most deprived communities and could contribute to reducing health inequalities in the UK.

The infectious stomach bug, which can lead to severe diarrhoea, vomiting and fever, is most common in the under-fives. An oral rotavirus vaccine was introduced in the UK in 2013 and is given as two doses for babies aged 8 and 12 weeks.

In a new study published in BMC Medicine, a team from the University’s Institute of Infection and Global Health evaluated the impact that the rotavirus vaccination has had on communities in Merseyside in relation to socioeconomic deprivation.

Using routine health data collected by GPs, walk-in centres and hospitals, the researchers found that the incidence of gastrointestinal disease has decreased across all levels of the health-care system in children aged 5 and under since the vaccine’s introduction. For example, rotavirus hospitalisations reduced by 80%, and walk- in centre and GP attendances for infectious gastroenteritis reduced by 32% and 13%, respectively.

“In England a disproportionately high number of young children live in the most deprived communities. Therefore, if we prioritise vaccination in the most deprived populations the rotavirus vaccine is likely to give the greatest health benefit and can contribute to reducing health inequalities.”

The research also suggests that rotavirus vaccination is helping to reduce the burden on the healthcare system for gastrointestinal disease in unvaccinated adults.

The study was part of a long-term programme of rotavirus research led by Professor Nigel Cunliffe at the University of Liverpool’s Centre for Global Vaccine Research.

The researchers are continuing to investigate the longer-term impact of rotavirus vaccination on a range of disease outcomes both regionally and globally. In Liverpool, they are currently running public engagement activities and conducting community based research to better understand the barriers and enablers to childhood vaccinations.

The paper ‘Rotavirus vaccine impact and socioeconomic deprivation: an interrupted time-series analysis of gastrointestinal disease outcomes across primary and secondary care in the UK’ is published in BMC Medicine [DOI 10.1186/s12916-017-0989-z]