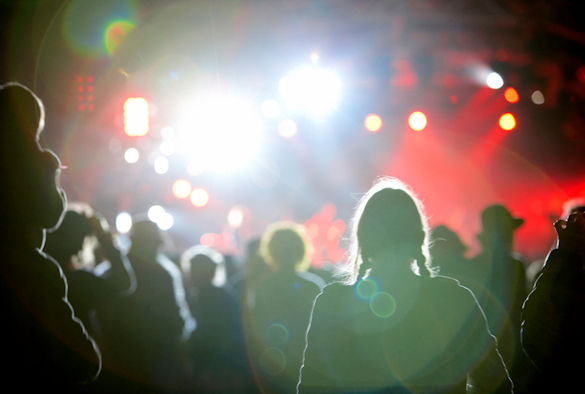 Dr Suzi Gage is a lecturer at the University’s Institute of Psychology, Health and Society. Ian Hamilton is from the University of York and Harry Sumnall is from Liverpool John Moores University.

For centuries, musicians have used drugs to enhance creativity and listeners have used drugs to heighten the pleasure created by music. And the two riff off each other, endlessly. The relationship between drugs and music is also reflected in lyrics and in the way these lyrics were composed by musicians, some of whom were undoubtedly influenced by the copious amounts of heroin, cocaine and “reefer” they consumed, as their songs sometimes reveal.

Acid rock would never have happened without LSD, and house music, with its repetitive 4/4 beats, would have remained a niche musical taste if it wasn’t for the wide availability of MDMA (ecstasy, molly) in the 1980s and 1990s. And don’t be fooled by country music’s wholesome name. Country songs make more references to drugs than any other genre of popular music, including hip hop.

As every toker knows, listening to music while high can make it sound better. Recent research, however, suggests that not all types of cannabis produce the desired effect. The balance between two key compounds in cannabis, tetrahydrocannabinol and cannabidiols, influence the desire for music and its pleasure. Cannabis users reported that they experienced greater pleasure from music when they used cannabis containing cannabidiols than when these compounds were absent.

Listening to music – without the influence of drugs – is rewarding, can reduce stress (depending upon the type of music listened to) and improve feelings of belonging to a social group. But research suggests that some drugs change the experience of listening to music.

Clinical studies that have administered LSD to human volunteers have found that the drug enhances music-evoked emotion, with volunteers more likely to report feelings of wonder, transcendence, power and tenderness. Brain imaging studies also suggest that taking LSD while listening to music, affects a part of the brain leading to an increase in musically inspired complex visual imagery.

Certain styles of music match the effects of certain drugs. Amphetamine, for example, is often matched with fast, repetitive music, as it provides stimulation, enabling people to dance quickly. MDMA’s (ecstasy) tendency to produce repetitive movement and feelings of pleasure through movement and dance is also well known.

There is a rich representation of drugs in popular music, and although studies have shown higher levels of drug use in listeners of some genres of music, the relationship is complex. Drug representations may serve to normalise use for some listeners, but drugs and music are powerful ways of strengthening social bonds. They both provide an identity and a sense of connection between people. Music and drugs can bring together people in a political way, too, as the response to attempts to close down illegal raves showed.

People tend to form peer groups with those who share their own cultural preferences, which may be symbolised through interlinked musical and substance choices. Although there are some obvious synergies between some music and specific drugs, such as electronic dance music and ecstasy, other links have developed in less obvious ways. Drugs are one, often minor, component of a broader identity and an important means of distinguishing the group from others.

Although it is important not to assume causality and overstate the links between some musical genres and different types of drug use, information about preferences is useful in targeting and tailoring interventions, such as harm reduction initiatives, at music festivals.

The article was originally published on The Conversation. Read the original article here.

To find out more about studying Psychology at the University of Liverpool please click here.