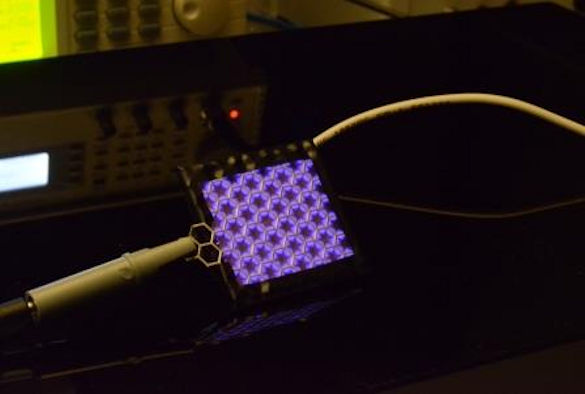 Researchers at the University of Liverpool are developing an innovative device that uses cold plasma technology to tackle the problem of airborne allergens in the home.

Cold plasma is a form of ionised gas where energetic electrons and ions coexist alongside a wide variety of highly reactive chemical compounds. The technology only requires air and electricity to operate, typically using ten times less power than a household lightbulb.

It is an emerging technology and its application is being explored across a number of sectors including food industry, manufacturing and biomedicine.

Recently it has been discovered that when cold plasma comes in to contact with contamination in the air around us, such as an allergy causing fungus or household chemical, it has a very powerful decontamination effect.

This project will develop a device that will harness the power of cold plasma to destroy airborne allergens on contact.

To develop the plasma device researchers will first construct an ultra-efficient pulsed air plasma source that creates a plasma rich in highly reactive chemical compounds. Obtaining the right mix of chemicals to destroy the contamination is the key to success.

To guide development, state of the art diagnostic measurements will be made on common household allergens passing through the plasma device to reveal the underpinning breakdown pathways.

Ultimately, a unique engineering solution will be developed to simultaneously target multiple allergens (such as dust mites, fungal spores and pollen) whilst overcoming many of the drawbacks associated with current devices on the market that can be expensive and inefficient.

The project is supported by the Engineering and Physical Sciences Research Council (EPSRC), through an award to celebrate the `Year of Engineering’ and involves a collaboration with a large-scale UK based engineering firm.

Dr James Walsh, from the University’s Department of Electrical Engineering and Electronics and Director of the Centre for Plasma Microbiology, said: “This is an exciting and innovative research project which has real-life impact. We will use our expertise in plasma science here at Liverpool to ultimately produce a low-cost, efficient and effective technology that reduces the concentration of allergens from within the household environment.”

“There are a number of challenging technological issues that we will need to address to develop this device; however, if we do so, we will have the opportunity to improve the quality of life for a vast number of people.”

It is estimated that over 12 million people in the UK alone suffer from allergies as result of airborne allergens and it is estimated to cost the economy around £7.1bn per annum through lost productivity and a further £311 million per year through the use of NHS resources.

The project is funded through EPSRC’s Engineering for a Prosperous Nation call to support creative, novel engineering research projects with the potential for transformative impact.

The work will be carried out within the University’s Centre for Plasma Microbiology, an EPSRC support hub focused on the development of novel plasma-based technologies to improve healthcare diagnosis and treatment. Since its formation in 2016 the Centre has grown to well over ten multidisciplinary researchers and routinely works with numerous industrial partners and healthcare professionals.

The Year of Engineering is a government campaign which celebrates the world and wonder of engineering. 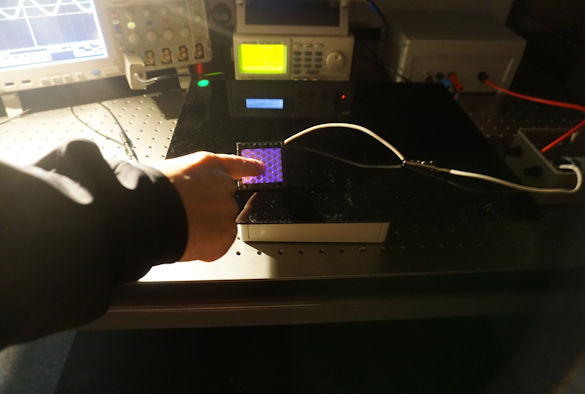