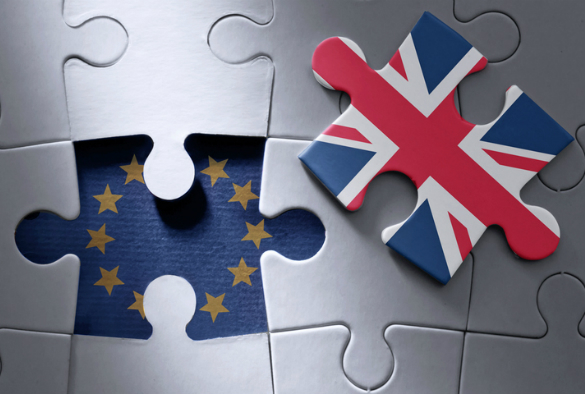 Dr Olivier Sykes and Dr Philip O’Brien are from the University’s Department of Geography and Planning.

The UK Government’s impact assessments on the economic consequences of leaving the EU have considered three scenarios – staying in the Single Market, a trade deal with the EU, or no deal. They show that in all these scenarios economic growth over the next 15 years is expected to be less than if the UK remains fully within the EU. Aside from the effects at an aggregate UK level, the figures also indicate – as already suggested by academic studies, that the impacts will be varied across different parts of the UK. They also suggest – again like previous academic studies, that some of the areas that will fare the most badly will be those that voted to leave the EU as they have economies that are more integrated with, and thus more dependent on, EU markets than a place like London.

All this raises questions which have been largely neglected in debates since the EU referendum in 2016 – what can be done about all this and what happens to regional policy if we leave the EU?  These involve thinking about the regional impacts of leaving the EU and how to try and suture an unevenly developed state like the UK in which some territories are already ‘more equal than others’ due variable levels of devolution. These questions are given added salience by the important role played by the EU’s regional ‘Cohesion Policy’ in UK regions since we joined the then EEC in the 1970s. There is an added irony too in the fact that the UK was instrumental in the foundation of a European regional policy, working alongside Ireland and Italy to place the idea firmly on the European agenda. This was one of the many influences the UK exerted over the direction of the EEC/EU and this contribution is well-recognised and appreciated across Europe.   The creation of such a policy at European level was timely for the UK’s economically depressed areas, as from the late 1970s regional policy fell out of favour under the governments of Margaret Thatcher which were more inclined to let regions fend for themselves. However, the EEC/EU and politicians like Michael Heseltine still believed the state and targeted public investment had a role in giving places suffering economic, social and environmental challenges a fighting chance to regenerate themselves.

Against this backdrop European regional policy had significant and in places transformational effects in the UK.  The case of Liverpool and Merseyside is undoubtedly one of the most striking examples of how the EU’s concern for ‘territorial cohesion’ – the idea that all regions and their people should have a chance to grow and enjoy a good quality of life, and that nobody and no place, should be left-behind, could foster the regeneration and renaissance of places. The EU dimension also gave greater autonomy to cities and regions who could use three-way negotiation between themselves, the UK government and EU Commission to demand and achieve better outcomes for their places and people.

By contrast the “proto-Brexit” state is almost by definition ‘nationalist’ in its spatial imagination and scope. Not just in a political sense but in what geographers would call a ‘scalar’ sense in that it privileges an overwhelming focus on how the UK is doing ‘overall’ at the aggregate national level – as this is the level at which “Brexit” must be seen to succeed for its advocates.  The recent Industrial Strategy, largely seeks to pick certain ‘winning’ sectors that can be fostered to become ‘world class’, rather than looking more at place-based issues. As a result it may reward some places (which have the ‘right’ sectors for investment) and leave others in the shadows. This could well do little to resolve the regional imbalances that are often held to be partly responsible for the EU referendum outcome in 2016 – and could in fact make them worse by diverting away scarce resources in an approach which breaks with the European model of fostering strengthened territorial cohesion.  All this risks neglecting the fact that the UK is diverse and the impacts of Brexit are likely to be felt disproportionately in different places.

The EU has played an important role in supporting reinvestment in areas needing regeneration – either directly through EU regional funding, or indirectly (because the UK was in the Single Market), by offering an attractive context for big foreign investments in sectors like the car industry. The question now is what kinds of mechanisms might replace the EU support structures which have served places like Merseyside so well? Yet there is still precious little clarity on the shape and extent of any replacement regional policy. Given this it now seems clearer than ever – on the basis of economic fundamentals (notably the forecast regional impacts of leaving the EU), and the continuing opportunities that could be offered to UK regions by a post-2020 EU Cohesion Policy, that the interests of the UK’s cities and regions (especially the economically weaker ones) would be best served by the UK remaining a full member of the EU.

This piece is based on work undertaken for the Common Futures Network by Olivier Sykes and Phil O’Brien (Department of Geography and Planning) which can be accessed here: http://commonfuturesnetwork.org/mdocuments-library?mdocs-cat=mdocs-cat-31&att=null