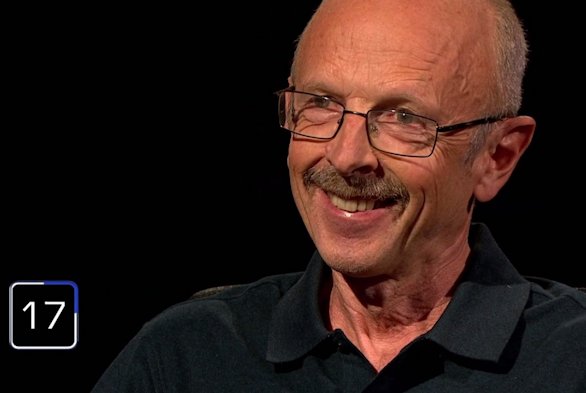 University of Liverpool Lecturer Professor Ian Jack was tested about the novels of Virginia Woolf for his appearance on the semi-final of BBC’s Mastermind.

Although he didn’t reach the grand final, Professor Jack from the Department of Mathematical Sciences showcased his knowledge admirably in a highly competitive arena, finishing with 18 points overall.

Ian commented on his latest appearance in the Mastermind chair: “I felt more relaxed than the first time (though I don’t look it!) since I didn’t think I’d win whatever happened.

“Perhaps the worst moment (apart from forgetting the word “corsage”) was when I forgot to do the courteous handshake with the winner until I saw John Humphreys frantically gesticulating at  me.”

Ian reached the semi-final after appearing on the show last December, after being tested on Lawrence Durrell’s Alexandria Quartet and scoring 23 points.