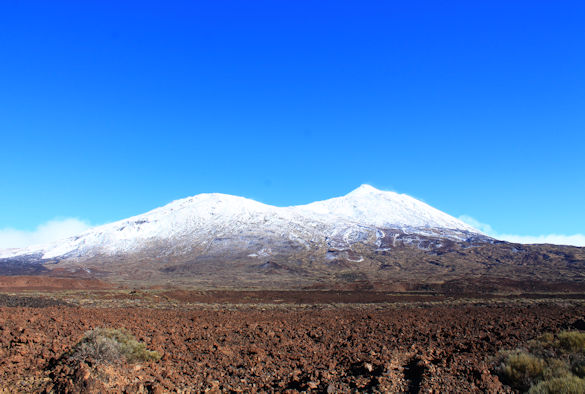 A novel research study by scientists at the University of Liverpool has provided new insights into how molten rock (magma) moves through the Earth’s crust to feed volcanic eruptions.

Using laboratory experiments involving water, jelly and laser imaging, researchers were able to demonstrate how magma flows through the Earth’s crust to the surface through magma-filled cracks called dykes.

This new approach to studying magma flow revealed that prior to a volcanic eruption there was recirculation of the fluid in the dyke and instability in the flow, details which had previously not been documented before.

Researchers created a scaled-down model of an active volcanic plumbing system using a perspex tank filled with gelatine, representing the Earth’s crust, and then injected this with dyed water, representing the magma.

They applied cutting-edge laser imaging techniques to look inside the model. Passive-tracer particles added to the fluid glowed in a laser sheet to allow the flow of the model magma to be mapped as the dyke grew.

Digital cameras recorded changes in the shape of the model volcanic plumbing system over time and the changes to the surface of the crust was recorded using an overhead laser scanner. Polarized light allowed subsurface stress patterns that would result in rock fracturing in nature to be observed as the dyke grew.

This novel experimental setup allowed, for the first time, the simultaneous measurement of fluid flow, sub-surface and surface deformation during the magma ascent through magma-filled fractures.

This finding will help inform the interpretation of data from field studies and geophysical surveys, which will ultimately improve our ability to understand if an eruption is likely to happen.

Liverpool volcanologist, Dr Janine Kavanagh, who heads up the University’s specialist MAGMA laboratory, said “For the first time, using innovative laboratory experiments that combined our knowledge of volcanic plumbing systems with engineering expertise, we have managed to see how magma flows through the Earth’s crust to the surface through dykes.

“Our experiments, the first to use laser imaging technology in this way, revealed a strong coupling between surface deformation patterns and subsurface processes.

“This indicates that it is both the magma properties and the host rock properties that controls how the dyke ascends, which is a brand new finding and challenges our existing thinking on magma flow through rocks.

“As it’s not possible to always successfully predict volcanic events due to the lack of complete knowledge of the signals leading to catastrophes, these results are an important new finding and ultimately we hope they will contribute to our understanding of where and when the next volcanic eruption will be.”

With more than 800 million people worldwide living near a volcano at risk of eruptive activity, understanding the triggers for volcanic eruptions is vital for forecasting efforts, hazard assessment, and risk mitigation.

The paper ‘Challenging dyke ascent models using novel laboratory experiments: Implications for reinterpreting evidence of magma ascent and volcanism’ is published in the Journal of Volcanology and Geothermal Research.

The University’s Mechanical and Geological Model Analogues (MAGMA) Laboratory is a unique research facility that undertakes a range of geological analogue experiments.

You can watch the video footage of the experiments: