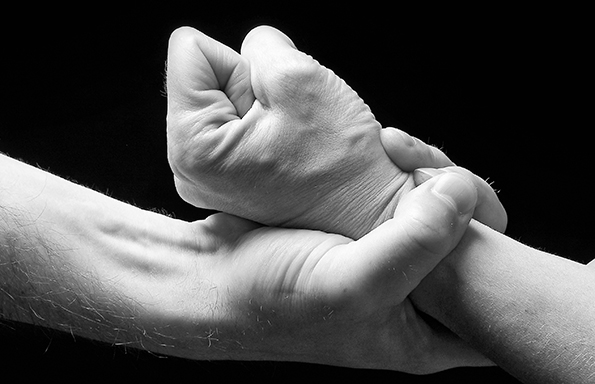 Of course physical abuse has been ‘outlawed’ for some time and economic abuse is signalled in the coercive and controlling behaviour legislation introduced in December 2015. The questions raised by this recent announcement are manifold but one that persists is: why the continued recourse to the criminal law to address the intransigent problem of domestic abuse when many legal interventions to date have so manifestly failed to make a difference?

Theresa May has an established track record of endeavouring to improve criminal justice system responses for victims of domestic abuse. As Home Secretary, she oversaw the introduction of domestic violence protection orders, the new offence of controlling and coercive behaviour (referred to above) and the national domestic violence disclosure scheme (known as Clare’s Law). Her energy and commitment to pursuing justice for those suffering from domestic abuse cannot be in doubt. However the focus of that commitment does demand closer scrutiny.

The two most recent interventions which she has supported are good examples of the limits of the recourse to law: the domestic violence disclosure scheme and the introduction of the offence of coercive and controlling behaviour. Evidence based on Freedom of Information requests compiled by the Bureau of Investigative Journalism (see here and here) and our own published research (Fitz-Gibbon and Walklate 2017: Walklate, Fitz-Gibbon and McCulloch 2018) indicates that neither of these initiatives have had a demonstrable effect in changing criminal justice practice to date neither do they improve outcomes for those suffering from domestic abuse.

In fact each of them, for different reasons, has the capacity to make things worse for women living with violence if for no other reason that they raise expectations for criminal justice intervention that are not being met. Interestingly each of these initiatives is listed in the consultation document for comment in relation to the new legislation proposed by Theresa May. It will be interesting to see what kind of responses are received and what is made of them.  Nevertheless the specific strengths or weaknesses of particular policies notwithstanding, the perpetual recourse to the law in response to domestic abuse runs deep.

The law can, and does, send out strong symbolic messages about what is and is not considered to be acceptable behaviour within any society. However, it has also been long recognised that recourse to the law in response to abusive relationships is a very blunt instrument. It is our contention that it is time the UK government followed the lead of the state of Victoria, Australia, which announced a Royal Commission into Family Violence (their preferred term for the issues under discussion here) in 2015: a world first. That commission reported in March 2016, and made 227 recommendations touching on every aspect of Victoria’s family violence system and services. It included recommendations for every agency that might come across domestic abuse and the links between domestic abuse and gender inequality have a strong presence within those recommendations.

Similarly, the entire domestic violence system in England and Wales requires review and reform. Only a whole systems approach will offer the kind of transformation that Theresa May seems so keen to deliver. Importantly, such an approach requires substantive funding and long term commitment.

It is of no great surprise to those who have been working in this field for some time that austerity measures across the public sector have made themselves particularly felt on women’s services, especially in the reduction or the removal of support for women’s refuges.

If Theresa May is determined to better prevent and respond to domestic abuse, then this determination must be matched by sound evidence based on what is actually happening on the ground, with sustained and secure funding to ensure the appropriate implementation of any policy and services introduced. However, perhaps most importantly, this approach requires a fundamental recognition that more law (on its own) is not the answer. A Royal Commission might finally persuade policy makers of the wasted energy that pursuing this route so frequently entails.