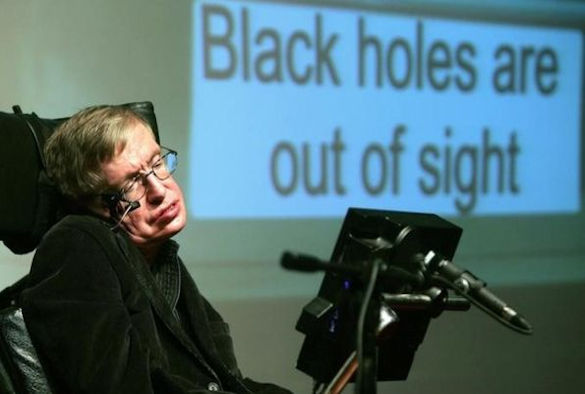 “Stephen Hawking is a scientific icon. His fame and recognition need no mention. It transcends geographical boundaries in space and time. Perhaps also those of black holes, to which his scientific career was devoted and with which it is identified.

The two pillars of twentieth century physics are quantum mechanics and general relativity. Each theory reign supreme in its respective domains. The very small, the atomic and subatomic, and the very large, the galactical and cosmological. Yet the two theories are incompatible at a fundamental level. The reconciliation of the two paradigms attracts the attention of the brightest minds of our time. Stephen Hawking is among them.

Stephen Hawking’s work explored the synthesis and the implications of a unified theory of general relativity and quantum mechanics. His most important contribution is the demonstration that black holes radiate quantum radiation.

Stephen Hawking is a public persona for his scientific work and more importantly for his human spirit. He embodies the statement that mind is stronger than body. In his early twenties he was diagnosed with motor neuron disease and given two years to live. Much of his contribution and career was therefore achieved as a severely disabled person. Fifty plus years later he will be laid to rest with his thriving family by his side, and as a human symbol for generations to come. May he rest in peace.”

Professor Faraggi is a member of the Theoretical Particle Physics research group in the Department of Mathematical Sciences.