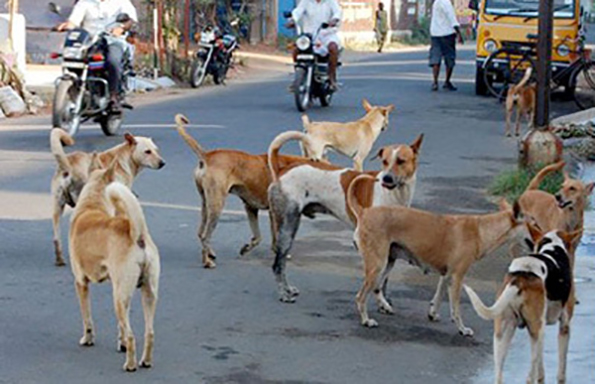 Domestication of wild animals may have accelerated as promiscuity increased among the high density populations drawn to life near humans, according to a new paper by University of Liverpool researchers.

Archaeologist Dr Ardern Hulme-Beaman and evolutionary biologist Professor Paula Stockley suggest that the domestic traits of previously wild animals, such as wolves, pigs and cats, were greatly enhanced due to the significant increase in mating opportunities found in human environments.

Professor Paula Stockley, from the University’s Institute of Integrative Biology, said: “As population density increased, males encountered mating opportunities more frequently, and the benefits of pursuing these likely outweighed the costs of attempting to defend exclusive access to females.

Male animals that reproduce with multiple females, rather than defending a single mate, experience many benefits to sperm production and quality, while female animals who engage in the same behaviour encounter benefits to their fitness and a reduction in unwanted advances.

The researchers argue that this leads to a rapid change in reproductive traits and competitive fertility, and may explain the “dramatically different social behaviours” that domesticated animals display when compared to their wild ancestors.

Dr Ardern Hulme-Beaman, from the University’s Department of Archaeology, Classics and Egyptology, said: “If early domestic animals lived at higher density than their wild counterparts, the likelihood of early domestic females breeding with multiple partners increased.

“It follows that if early domestic females mated with multiple males, both wild and domestic, the more abundant and higher quality sperm of the early domestic male would out-compete the sperm of wild males.

“This could explain the reduction in transfer of genes between wild and increasingly domesticated populations.”

While the researchers accept that habitat preference and selection by humans are likely to be the primary driving forces behind domestication of wild animals, they suggest further research into how changes in mating behaviour contributed to this process could “greatly illuminate” our understanding.

The paper was also written by Cornell University’s Professor Jeremy Searle, and was funded by The Leverhulme Trust.

Sperm competition as an under-appreciated factor in domestication was published in Biology Letters. To read the full report, please visit http://rsbl.royalsocietypublishing.org/content/14/3/20180043