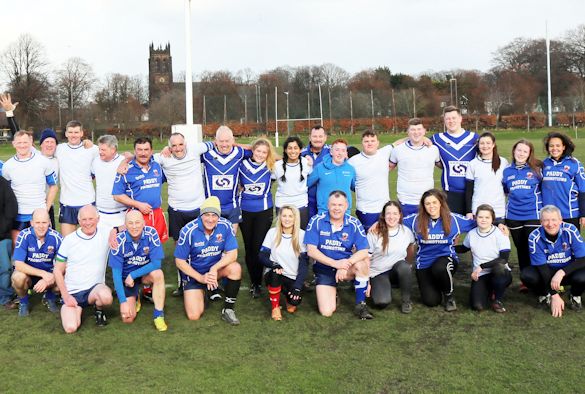 Three days of events took place from Thursday, 15 March with Alumni travelling from North America and other parts of Europe to join the celebrations. The idea to celebrate this anniversary was instigated by Niel Wood (BA (Hons.)Economics & Economic History, 1979 and now Sports Consultant) who has been instrumental in bringing University Rugby League players from over the years together.

On the first day, a Blue plaque (pictured below) was unveiled at Leigh Playing Fields, Widnes to mark the first game played in the league between University of Liverpool and University of Leeds, on 15th March 1968. 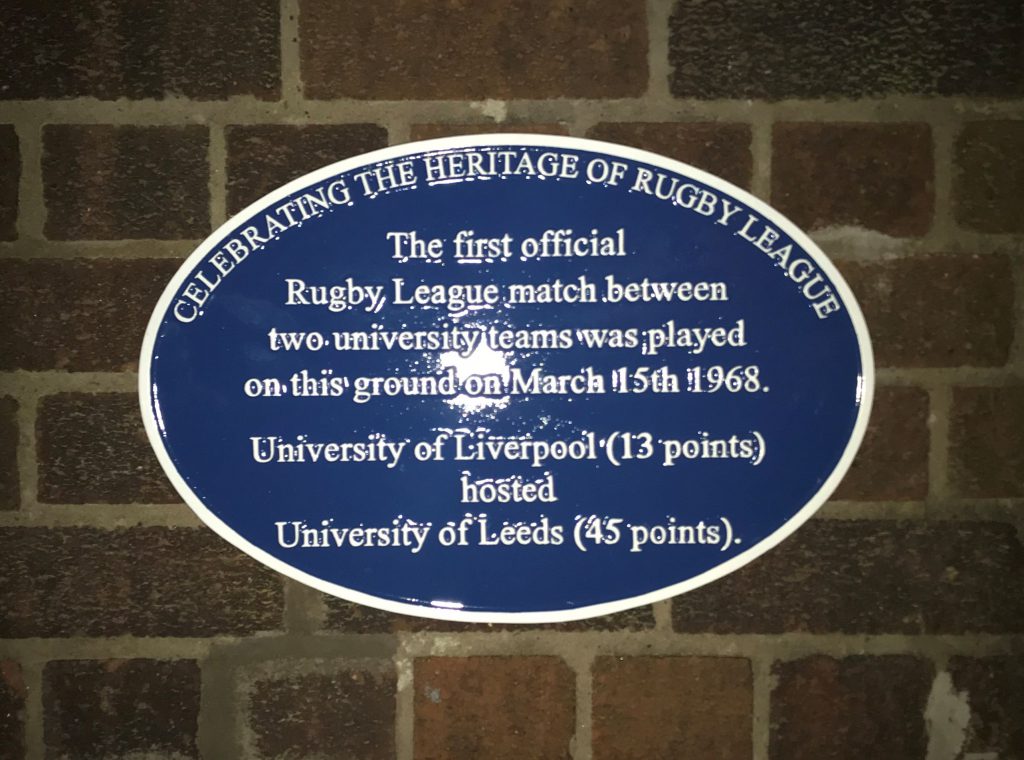 Liverpool’s original organiser was John Priestley (BSc (Hons.) Chemistry, 1970) who recalled how the game came about:

“Our Chemistry Department played Leeds in an annual Rugby Union game but we had several players who played Rugby League on a regular basis. I knew that Leeds had started a Rugby League team and so I made contact with Andrew (Cudbertson). ”

“I approached the Athletic Union for support and they told me that the first thing I needed to do was prove that I had enough interested players. I posted a sheet of A4 on the notice board and watched it fill up over a few days to the point where we clearly had the interest.”

“We approached Mick Naughton to referee the original game and we got more than we bargained for, he arranged the pitch, the referee and even coached us.”

“We never thought that our idea to play a game of Rugby League would progress to what we see today but I am glad that it did.”

A match between the current University Rugby League players and Legends took place at Wyncote field, followed by a 50th Anniversary celebratory dinner attended by 85 people including eight from the original Liverpool squad and six players who played in the first ever game in 1968, representing both Liverpool and Leeds. 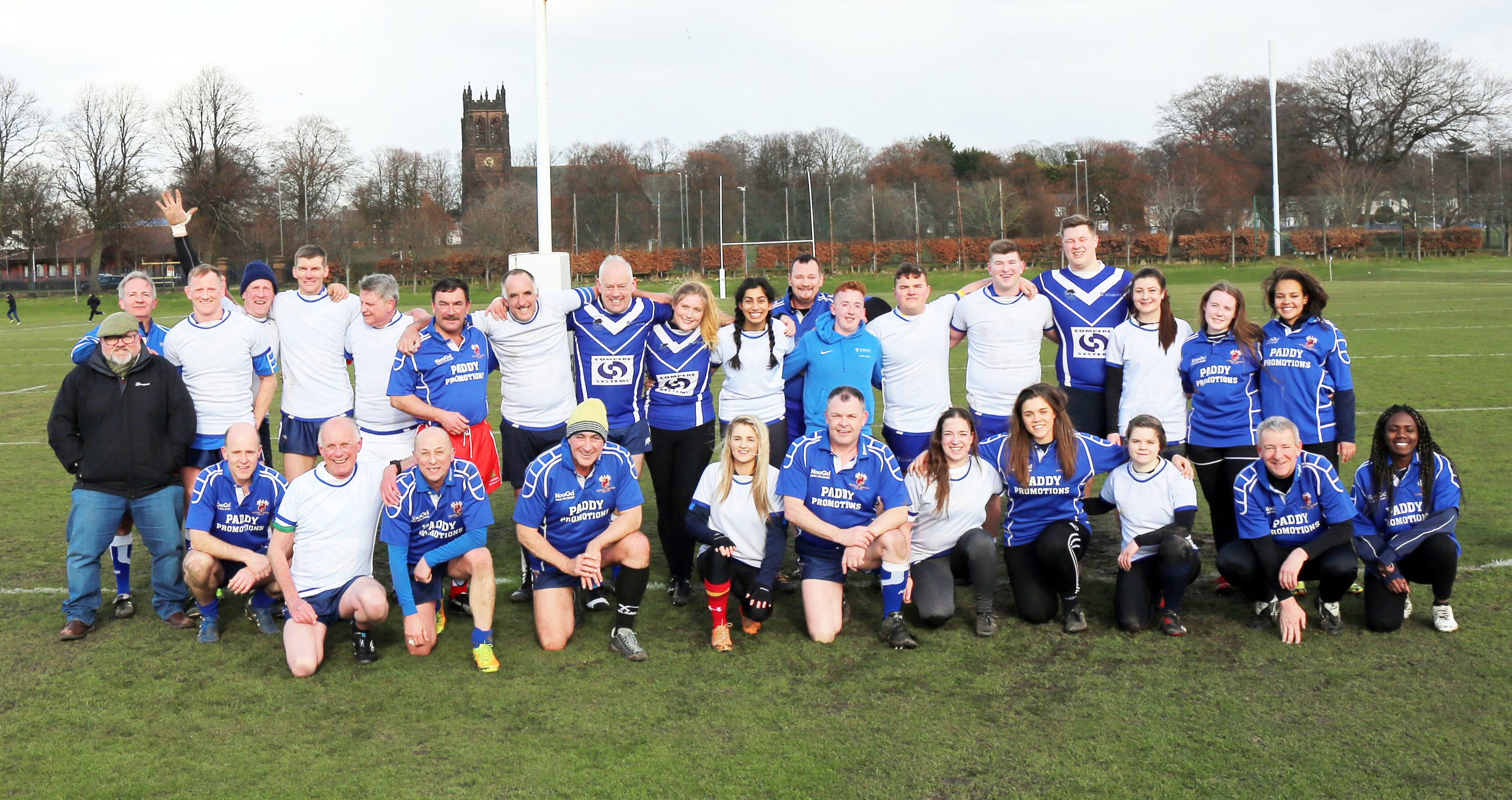