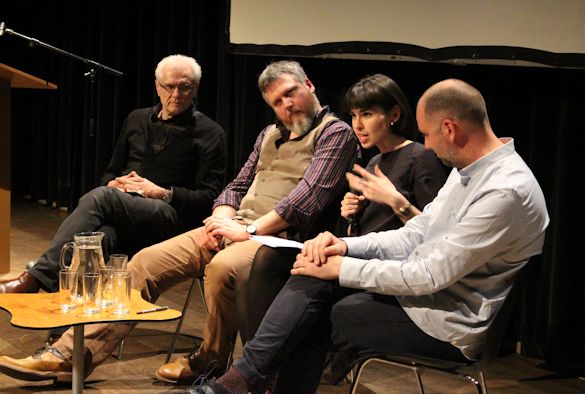 The University of Liverpool’s collaboration with Bluecoat Art Centre, Liverpool’s centre for the contemporary arts, was celebrated at an event last Monday, 26 March. The success of the project has prompted the NHS to approach the University’s Department of Philosophy in order to begin a similar collaboration.

School of Law and Social Justice PhD researcher Laura Harris, former Bluecoat Philosopher in residence Dr Yiota Vassilopoulou, and Sociologist in Residence, Dr Paul Jones have worked with the Bluecoat for the past two years.

The event showcased the benefits of embedding academic research within a partner institution. Laura Harris, PhD student at the University, presented a research film at the event and spoke about her time spent working with the Bluecoat. The short film called ‘Critical Focus’ directed attention to the hidden details and labour that sustain art spaces. Her work has focused on asking questions about the social world that makes the art centre what it is.

Dr Paul Jones, Sociologist in Residence at the Bluecoat, Professor Michael Hauskeller, Professor of Philosophy, and Bryan Biggs, Artistic Director of the Bluecoat, spoke at the event praising the success of the collaboration. Post screening, the audience was invited to contribute to a conversation about the film, and what goes into making a successful arts centre, as well as how the University and external partners can creatively collaborate.

Kate Spicer, Senior Impact and Business Development Manager for the Faculty of Humanities and Social Sciences, said: “The University’s relationship with Bluecoat is a great example of the depth and breadth of our collaborations with creative and cultural sector organisations in the Merseyside City Region. These partnerships not only embed research within such organisations but also provide opportunities for Public Engagement and Education. By supporting projects such as these we can help to demonstrate the University’s civic responsibility.” 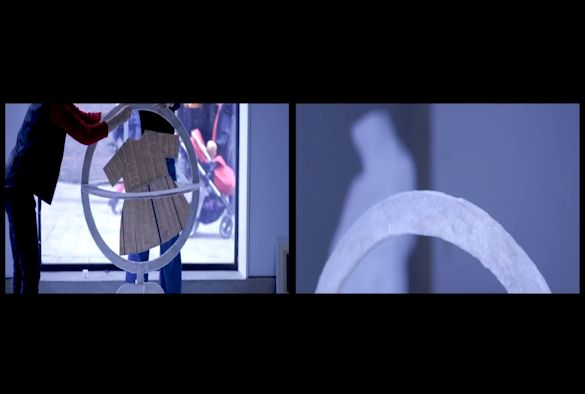 We spoke to Professor Michael Hauskeller, the University’s Head of Department of Philosophy, about the benefits of collaborative projects:

What is your involvement with the Bluecoat collaboration?

“I’ve been at the University of Liverpool for about two months now, and as soon as I heard about Dr Yiota Vassilopoulou’s work with the Bluecoat, which has been ongoing for over two years now, I knew I wanted to get involved.  My involvement is seeing how we can learn from this collaboration, and trying to expand the model of the ‘Philosopher in Residence’ even further. For instance, Dr Vassilopoulou and I are working with the Research and Development team at the NHS in order to implement a similar model. The NHS approached the Department of Philosophy after hearing about our successful collaboration with the Bluecoat. I’m getting more people involved and working on how having a ‘Philosopher in Residence’ can become a universally applicable model.”

Would you say that collaboration can be a mutually beneficial project?

“There is a mutual benefit from this kind of collaboration. The external partner, for example the NHS, benefits from the collaboration because we enable them to engage with a certain kind of critical thinking, and question certain established practices that they wouldn’t normally have questioned. The NHS thought it could be useful in order to stimulate research. Research, in the areas we specialise in, isn’t widely carried out at the NHS, and if it is they don’t really know how to popularise and disseminate it. We can help them to promote the research and become more research active in the first place.

“From our perspective, it’s surprising how many interesting things come up when you talk to people outside your discipline. It’s not that you have to adapt to their way of thinking, on the contrary, you get new ideas that wouldn’t have occurred to you if you had simply stayed within your own circles. We learn different ways of thinking and realise problems that we haven’t realised before so, yes, it is mutually beneficial.”

Why do you think this is a worthwhile activity for academics to be engaged in?

“There’s a common understanding that philosophy is not really applied; that philosophers just think in their arm chair and that they don’t really have much contact with reality, or the world out there. There is a certain danger that Philosophy becomes irrelevant through the separation between theory and practice, or theory and what people actually do in the world. I think that this is a valid concern, and that we should take a greater effort to get out there, to interact and connect with people, and to get involved with the things that people out there do. I think it’s important to apply ones thinking to real world problems, and this project is one way of doing that.”