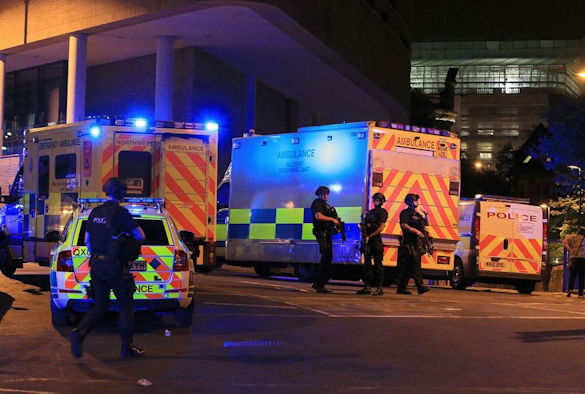 At just after 10.30pm on Monday 22nd May 2017, a suicide bomber detonated an improvised device in the foyer outside of the Manchester Arena. This appalling act of violence resulted in the death of 22 people, many of who were children, as well as physically injuring more than a hundred others. The psychological and emotional impact was and continues to be significant and far-reaching.

Ten months on, the release of the Kerslake Report provides an independent review of the preparedness for, and emergency response to, this attack. Conducting a review into the management of an incident that has had such a profound impact on the lives of so many is a difficult task to undertake. However, the report demonstrates sensitivity, placing the experiences of the bereaved families, those that were injured and directly affected at the centre of the review process, as well as drawing on information from across the agencies involved to highlight what went well and where lessons need to be learned.

The findings have already received a great deal of media attention and, as predicted in the report, the major areas for learning have thus far received the most focus. Amongst the lessons identified is the need for effective information sharing across all relevant agencies. In particular, the report highlights the impact that issues with gaining access to information about the nature of the incident had on the ability of Greater Manchester Fire and Rescue Service (GMFRS) to form an appropriate assessment of the situation. As a result, fire resources were sent to a holding area three miles from the site of the attack while further information was awaited, resulting in over two hours of delays in GMFRS resources being deployed to the site of the attack. The review notes that:

“had GMFRS assets deployed directly to the incident rendezvous points at the earliest opportunity, the evacuation of casualties from the foyer to the Casualty Clearing Station on the concourse could have been achieved more efficiently and possibly more rapidly”

The review also seeks to understand why these problems occurred, which is vital if meaningful recommendations are to be put in place to prevent their reoccurrence. For example, the report highlights that amongst the factors contributing to difficulties in GMFRS accessing information was their inability to make contact with the Force Duty Officer managing the Control Room at Greater Manchester Police (GMP). The Force Duty Officer was juggling multiple tasks relating to several different scenes in Manchester, placing him under extreme cognitive load, as well as overwhelming phone systems with call traffic.

Similarly, the report notes that GMFRS could have improved their access to information by co-locating with Police and Ambulance services across Strategic, Tactical and Operational levels. These other agencies deployed resources to the Arena within minutes of the attack and so had access to greater information, which GMFRS could have utilised to develop their appreciation of the situation and joint assessments of risk in order to guide actions. The report notes:

“Where responders were able rapidly to co-locate, communicate and coordinate their activities, situational awareness was usefully shared, risks were jointly assessed, and pragmatic solutions were developed to mitigate severe, time critical, challenges. Where unforeseen limitations in guidance, protocol and circumstance collided to block such close collaboration, the response of the organisation affected was paralysed for a crucial period”

The report recommends that GMFRS place greater emphasis on multi-agency collocation, communication and coordination, which is in line with key principles promoted by the national Joint Emergency Services Interoperability Programme (JESIP). JESIP was commissioned by the Home Office in 2012 in order to promote inter-agency working practices during the management of large-scale incidents such as the Arena attack. Since its establishment, the programme has delivered a range of classroom and web-based training, in addition to live exercises in order to promote interoperability.

The Manchester Arena attack highlights just how key these JESIP principles are to promoting effective incident management. However, the recommendation that greater emphasis be placed on multi-agency co-location, communication and coordination begs the question of what form and content future training should take above and beyond what has already been delivered in order to further promote these principles in practice, and how often it should be implemented in order to maintain these complex skills. These are amongst some of the issues that we are working on alongside emergency services within the Critical and Major Incident Psychology research group at the University of Liverpool.

In addition to lessons, the report also highlights a number of areas of best practice and effective actions that were demonstrated in managing the Manchester Arena attack. Indeed, the report makes it clear that both the region of Greater Manchester and its emergency services have a lot to be proud of in their response to this devastating incident.

In particular, praise was given to the collaborative partnerships between those agencies that were so quick to arrive at the scene, the acts of bravery and kindness shown by emergency responders and the public who assisted in removing casualties during the immediate aftermath, and the support of the local community, businesses, and general public. Working alongside emergency services over the last decade, I have also been privileged to witness the incredible work these agencies do to rescue, treat, protect and keep people safe under very difficult, and sometimes dangerous, conditions.

If you are interested in reading a full copy of the Kerslake report it can be found here.