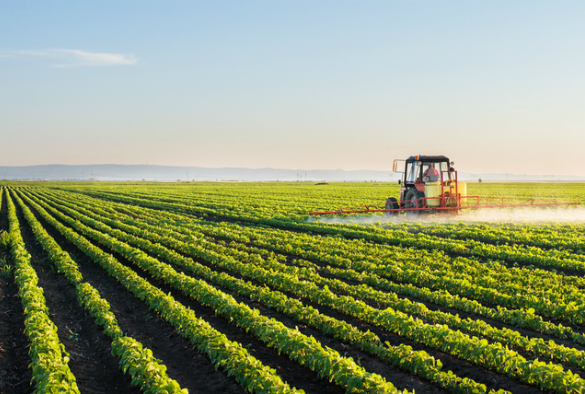 Scientists at the University of Liverpool, together with Japanese colleagues, have gained new insight into how soil bacteria sense and adapt to the levels of oxygen in their environment. The findings could be used to help develop new treatments to promote crop growth and tackle disease.

Living organisms are sensitive to the changes of environmental factors, such as oxygen, light, and heat. To adapt to these changes, humans have signal transduction systems that sense each environmental factor and maintain our lives by responding to them. Such systems are present not only in humans but also in all living organisms, and each organism maintains its life by using its own systems.

In this study, an international collaborative research team led by Professor Samar Hasnain at the University’s Institute of Integrative Biology and Dr Hitomi Sawai at the University of Hyogo, Japan focused on a protein system that senses the concentration of oxygen in the soil by the root nodule bacteria (rhizobia) that coexist with legumes.

Using the synchrotron radiation facilities ‘SOLEIL’ in France and ‘SPring-8’ in Japan the team has successfully elucidated the first overall structure of this system.

The results of this study are published in the scientific journal Science Signaling published by the American Association for the Advancement of Science (AAAS).

Root nodules occur on the roots of leguminous plants such as soybean and peas. The nodules associate with symbiotic bacteria known as rhizobia, which are responsible for an important reaction called ‘nitrogen fixation’ that converts nitrogen in the Earth’s atmosphere into the ammonia, readily available for plants.

Since this reaction cannot take place in the presence of oxygen, the rhizobia have a protein system that senses the oxygen concentration.

In this system, a protein that functions as an oxygen sensor is FixL, and a protein that controls the biosynthesis of nitrogen fixation enzymes in response to oxygen sensing by FixL is FixJ. The signal transduction system that consists of two kinds of proteins, such as the FixL/FixJ system, is called the ‘two-component signal transduction system’.

Since the two-component signal transmission system does not exist in animals, it has gained increasing attraction as a development target of antimicrobial agents and plant growth promoters without side effects to animals.

However, despite more than 65,000 such systems being identified over the last 30 years, the whole structure of the sensing protein has not been elucidated in any system, making it difficult to fully understand how living organisms sense and adapt to environmental factors.

To develop this knowledge, the international research team used advanced biochemical and x-ray techniques to elucidate the overall structure of oxygen-sensing two-component FixL/FixJ proteins in rhizobia.

Professor Hasnain commented: “The FixL/FixJ protein of soybean nodule bacteria, which is the target of this research, is indispensable for the supply of nitrogen nutrients essential to the growth of soybean – a highly nutritious and useful plant.

“By using the information of the elucidated three-dimensional structure, it is possible to develop a new type of antibacterial agent that does not affect animals by making a drug that acts on and specifically inhibits the two-component signal transduction system.”