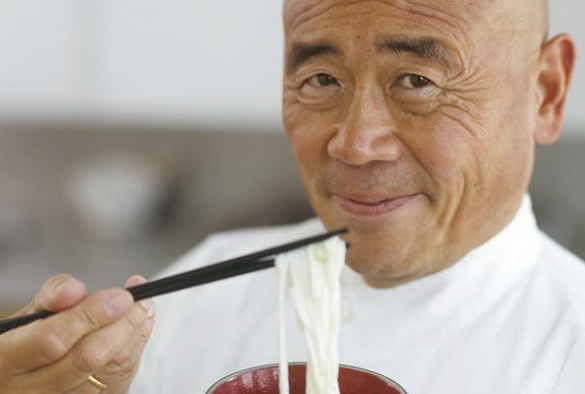 Celebrity chef and author Ken Hom is visiting Liverpool on 15 May as part of Open House 2018 to talk about Chinese culture and its influence on his own life and career.

Ken Hom is acknowledged as one of the world’s leading experts on Chinese and Asian cuisine. He is the author of almost forty books and has presented a number of successful television series.

In 2009 he was awarded an OBE for services to culinary arts in recognition of his achievements and the impressive social and historical impact he has made on the way the UK has adopted Chinese cuisine.

His talk will explore the legacy of Confucius (551-479 BC), China’s most famous teacher, philosopher, and political theorist, who once said “Food can never be too good and cooking can never be done too carefully”.

Using anecdotes from his own life and career he will discuss how Confucius shaped China’s social codes and values and how this has impacted on Modern China.

Ken will also be signing copies of his autobiography, My Stir-Fried Life, which will be available to purchase for the special price of £15.

The University’s Open House festival returns for its second year with a week of talks, performances, exhibitions and interactive experiences showcasing great ideas, knowledge and culture from 14-18 May 2018.

Other highlights include Michael Pennington’s solo Shakespeare show Sweet William, a debate on the progress of Liverpool City Region’s devolution deal with Metro Mayor Steve Rotheram, and topical talks on Stephen Hawking’s scientific legacy, the diversity problem in tech, the rise of artificial intelligence, and much more.

The University is an official partner of Liverpool’s China Dream arts season, which features a host of events across the city, including the China’s First Emperor and the Terracotta Warriors exhibition.