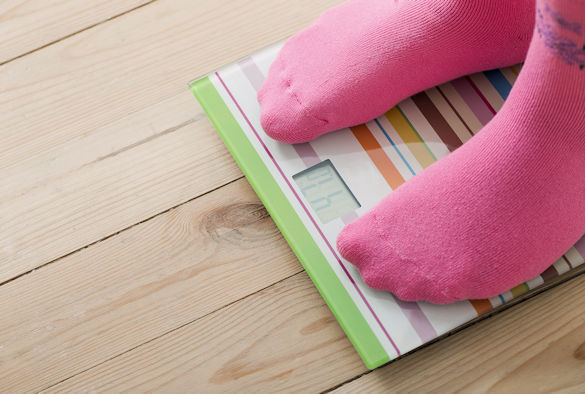 This week Dr Emma Boyland, Senior Psychology Lecturer based in the Institute of Psychology, Health and Society’s (IPHS) Appetite and Obesity research group, presented evidence on the problem of childhood obesity to the Health and Social Care Select Committee at the Palace of Westminster.

Studies by Dr Boyland and the research group have demonstrated that television food advertising exposure alters children’s food preferences in the direction of high fat, high sugar snack foods and also increases their consumption of these sorts of foods.

“This week (Tuesday, 8 May) I gave evidence to the Health and Social Care Committee inquiry into childhood obesity. I was part of a panel convened to discuss the role that marketing restrictions should play in the Government’s new and updated obesity plan to be released this summer. This was my second experience of giving evidence, I previously attended the Health Select Committee hearing in 2015 and while the resulting report “Childhood Obesity: Brave and Bold Action” emphasised the importance of restricting children’s exposure to the advertising and marketing of foods high in fat, sugar and salt (HFSS), it was disappointing that the subsequent obesity plan (released in the summer of 2016) did not commit to further regulation in this sphere.

One notable difference between the two experiences was that in 2015, academic experts and public health stakeholders (e.g. Public Health England) appeared on separate panels to the advertising and industry representatives. This time, on the panel I was joined by Stephen Woodford (Chief Executive of the Advertising Association) and Shahriar Coupal (Director of the Committees, Committee of Advertising Practice and Broadcast Committee on Advertising Practice, Advertising Standards Agency) as well as Dan Parker (Chief Executive of Living Loud, a charitable coalition of health, digital and creative professionals, and a former advertising executive) and Professor Russell Viner (representing the Obesity Health Alliance). This changed the dynamic somewhat, but I was delighted to have the opportunity to contribute to policy discussions to ensure that my work has real impact and can effect meaningful change.

The Committee put pressure on the advertising representatives to clarify their views of the role of unhealthy food marketing in childhood obesity, and predictably, Stephen and Shahriar sought to downplay the evidence and, in my view, were very selective in their use of that evidence to try to support their claim that advertising has little to no effect and that the regulations we already have are sufficient. They were really pushed on this by MPs, many of whom are also parents who have experienced advertising to children and its effects first-hand as well as having written evidence before them of just how much advertising children still see on TV now more than 10 years after Ofcom’s regulations began. Then the same questioning was put to myself and the other panel members. In my responses, I made a few critical points. Principally that: i) the ad representatives were ignoring the last 15 years of academic research on this subject, ii) research has demonstrated that even a single, acute dose of advertising exposure increases children’s food intake in the region of 30-50kcal, iii) this consumption is not compensated for by reduced intake at a later meal, iv) only 48-71kcal extra per day is sufficient to drive weight gain and obesity in children, so marketing is clearly making a substantial contribution to overconsumption, and iv) we will never have evidence linking marketing directly to obesity (weight gain is gradual, and where’s the control group of children who won’t see any marketing? – we can’t lock them in prison to avoid it!) so we need to regulate on the basis that the evidence shows food marketing negatively affects eating behaviour and its determinants (attitudes, preferences, choices). I also emphasised that even the most robust marketing restrictions would not fix childhood obesity overnight, but that it is one of a raft of measures that are needed to start to shift the food environment towards one in which the healthy choice is the easy choice.

When asked for specific recommendations on policy actions that the Committee might recommend, I endorsed the call for a 9pm watershed on TV food advertising (noting that surveys have shown it has the support of the general public, and that Ofcom themselves noted that this would lead to an 82% reduction in children’s exposure to unhealthy ads) and that the non-broadcast regulations need to be expanded to include sponsorship, in-store promotions and packaging as these aspects of marketing also have a powerful influence over children’s food choices and intake. On the latter point, I mentioned data that myself and Dr Lauren McGale (also from IPHS) are currently writing up for publication which showed that when the portion size of cereal depicted on the front of the pack is 90g (bursting out of the bowl, as it is usually seen on packaging), children will serve themselves more and eat more cereal compared to when the portion shown is the recommended serving size (30g).

It was a challenging but enjoyable experience and I await with interest the Committee’s report and the updated Obesity Plan. One in five children starting school are overweight or obese, and this rises to one in three by the end of primary school. We must press policymakers to use all the evidence-based actions at their disposal to try to tackle the obesity-promoting food environment, including protecting children from the persuasive influence of food marketers who encourage children to choose and consume unhealthy foods.”

More information about the childhood obesity inquiry can be found here.

Dr Boyland’s podcast in which she discusses the loopholes in TV regulations can be found here.