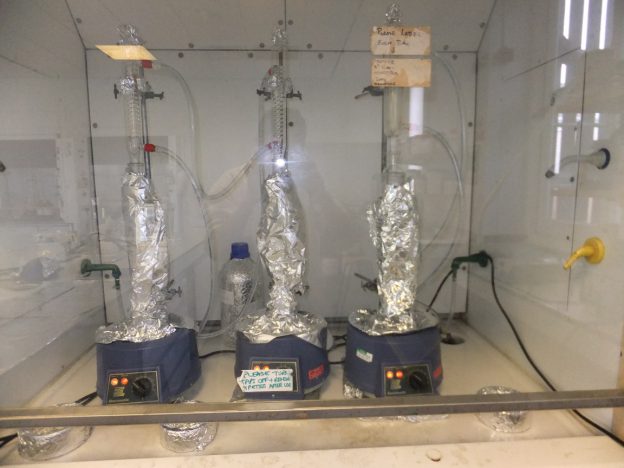 Tsvetomila Mateeva is a final year PhD Student with the University’s School of Environmental Sciences:

Microorganisms are not visible to the naked eye, but there are more than 100 million times more microbial cells on Earth than that of stars visible in the universe. We have around 530 million microorganisms on our hands alone.

In the 1980s a scientist called John Parkes was the first to come up with the idea that a vast, living microbial biosphere existed on the seafloor and extended hundreds of meters below the seabed. It was later, in 2002, that he found evidence of this deep biosphere from deep-sea drilling and analysis of sediments and rocks from the seafloor. In 1977, the first hydrothermal vents were discovered near Galapagos Islands, Atlantic Ocean.

Hydrothermal vents are tall edifices at the bottom of the ocean that release toxic gases and high temperature fluids (up to 450⁰C), but they are full of microbial life and support an abundance of fish, crabs, snails, octopus, shrimps and tube worms. These alien environments are supported by energy from magmatic and serpentinization process origins.

Serpentinization, one of the process related with these deep-sea environments, is simply the alteration of the mantle rock upon contact with water to form a new rock called serpentinite. This process of serpentinization also involves the liberation of a molecule of hydrogen which is a source of energy produced only from rock water interaction, pure chemistry not involving life and is used by microorganisms who don’t rely on the suns energy or oxygen to grow. Hydrogen can also interact with the carbon dioxide making this process and the related biosphere very important for the ocean carbon cycle.

My study looks at the interaction between geological, biological and chemical processes on the deep ocean floor and in the deepest biosphere. My research involves the search for bio-molecular evidence of these bacteria within the serpentinized exhumed mantle in the Alpine Tethyan and the Iberia-Newfoundland rifted continental margins at the transition between ocean and continent ocean floor. This study will help us better understand the deep subsurface bio-systems and their global implications, the fate of methane produced by mantle serpentinisation and the carbon cycle.

To search for evidence of this special microbial biosystem I identified and quantified all the organic molecules present in the rocks. These rocks of around 200 Ma ago do not have fossils we can see and identify.  These organic molecules are invisible to the naked eye, originating from living organisms that existed millions of years ago, and possibly as far back as when the rocks were created. These molecules, found in the extracted organic matter of our ocean rock samples, also help to reveal the story about past biological and geological process.

To acquire ocean rocks, I was given the opportunities to visit the MARUM center in Bremen, one of the three centres, where the drilling cores from the international ocean drilling program are stored. The Bremen centre is the only one in Europe.

My principal field area was the Swiss Alps. The Alps provide an excellent opportunity to collect marine rock samples, because they were created by the collision of the European and Adriatic continental plates which closed the Alpine Tethys Ocean between them. Today, we can walk on rocks that were on the ocean floor millions of years before. I extracted the organic matter from these rocks by finely crushing them and identifying the organic compounds in the organic geochemistry lab in the university.

At the University of Liverpool, I had an excellent experience of a professional and friendly working environment as well as different types of science communication and workshops. Acquiring different experiences through my PhD helped me to have interesting, positive and engaging experiences and has made me want to continue my career in academia.

All this would not have been possible without the financial support of the MM3 (Mantle Modelling) consortium. 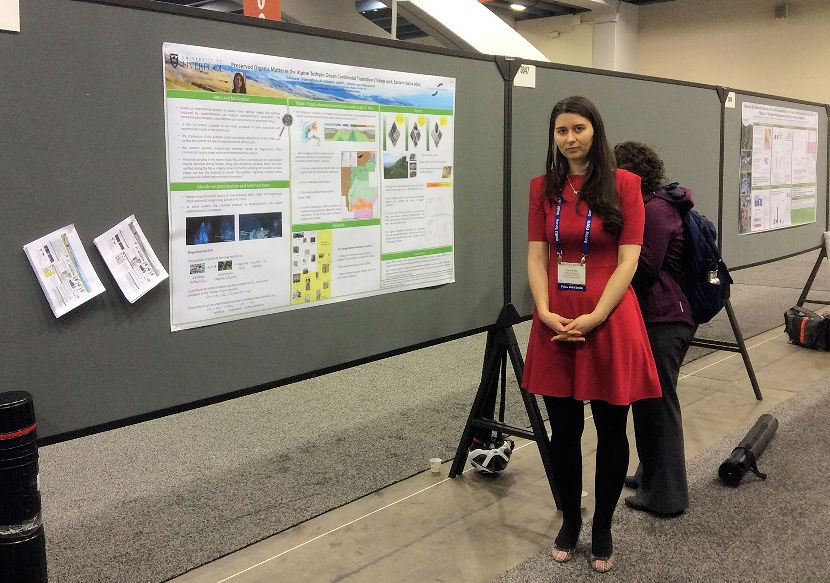