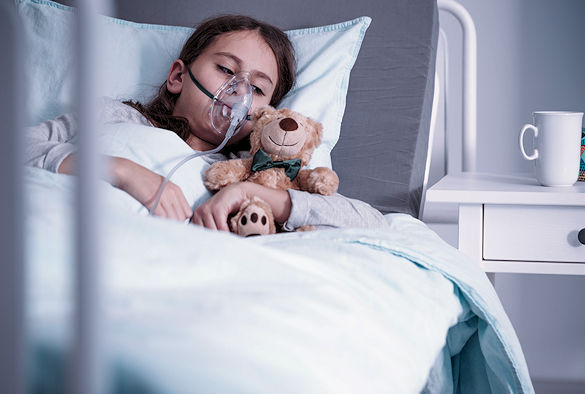 A new network, involving paediatric specialists from across the world, has been launched to help facilitate the development of new drugs for children in Europe.

The members of the ‘Collaborative Network for European Clinical Trials for Children’ (conect4children/c4c) initiative, which include specialists from the University of Liverpool, Alder Hey Children’s NHS Foundation Trust (AHCNFT) and Liverpool Women’s NHS Foundation (LWNFT) and a number of academic and private sector partners from across Europe, have announced the start of a large collaborative paediatric network that will facilitate the development of new drugs and other therapies for the entire paediatric population in Europe.

The ‘c4c’ consortium aims to enhance the competitiveness of Europe as a critical region for developing medicines for children by using existing expertise, patient access and developing common processes to be applied to disease natural history studies, registries, studies of new therapies and comparisons of existing therapies.

The consortium is a novel multidisciplinary collaboration that includes 33 academic and 10 industry partners from 20 European countries, more than 50 third parties and around 500 affiliated partners.

The six-year project is a pioneering opportunity to build capacity for the management of multinational paediatric clinical trials across Europe whilst ensuring the voices of children, young people and their families are heard. Strong links with regulators will be established.

Dr Mark Turner from the University’s Institute of Translational Medicine will lead the development and implementation of the pan-European network to design and implement clinical trials of medicines for children. This builds on his leadership of the European Network of Paediatric Research at the European Medicines Agency and extensive work over the past four years to build a collaborative environment for research involving children across Europe, North America and Japan.

Dr Turner, said: “This network will have a significant impact on how we develop much-needed innovative and improved medicines for babies, children and young people. A number of collaborations built up over the past decade will contribute to this pan-European research network. The University of Liverpool is proud to be collaborating with institutions and research networks across Europe”

The team in Liverpool, based at LWNFT and AHCNFT, has led paediatric research networks in the UK and Europe for more than a decade.

This project is one product of a programme of work that stretches back to 2005 with the setup of the National Institute for Health Research (NIHR) Medicines for Children Research Network (MCRN).

Michael Beresford, who is Brough Chair and Professor of Child Health at the University of Liverpool, Director of the NIHR Alder Hey Clinical Research Facility, NIHR Clinical Research Network (CRN) Specialty Cluster Lead with responsibility for the National Children’s Specialty which succeeded MCRN, said: “This project is a great opportunity for babies, children and young people across Europe. Alder Hey looks forward to leading the UK contribution to this important work”.

Professor Beresford will lead the UK Hub of the c4c network integrating the NIHR and related UK infrastructure into the European network.

One of the key goals of the project is to support the use of innovative trial designs and new quantitative methods to foster development of new innovative medicines and to support development in rare paediatric diseases and high medical need areas.

The project is one of the biggest initiatives funded by the Innovative Medicines Initiative 2 Joint Undertaking (IMI2 JU) which is Europe’s biggest Public Private Partnership funded jointly by the European Union´s Horizon 2020 research and innovation programme and the European pharmaceutical industry (represented by EFPIA, the European Federation of Pharmaceutical Industries and Associations).

The full list of organisations involved in the project can also be found here www.conect4children.org