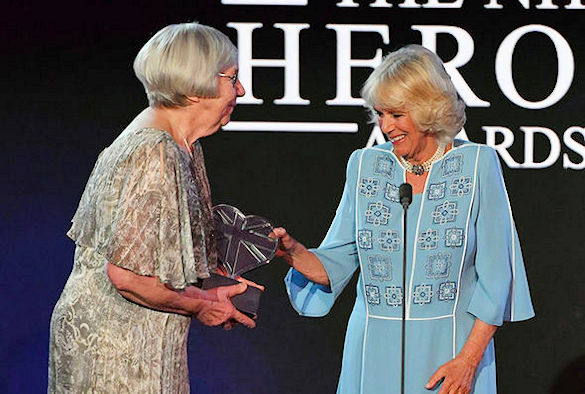 A University of Liverpool graduate, Averil Mansfield CBE, was presented with a lifetime achievement award as part of national celebrations to mark the 70th anniversary of the National Health Service (NHS) at a special event held in London this month.

The NHS Heroes Awards ceremony, hosted by Paul O’Grady, saw a number of employees of the NHS and patients receive a variety of accolades to honour the institution’s many heroes. The event celebrated the ‘real-life heroes’ within the NHS and gave an insight into some of the incredible, life-saving and vital work that NHS staff do in Britain every day.

During the event Averil was presented with the Aneurin Bevan Lifetime Achievement Award by The Duchess of Cornwall who said: “I not only want to say thank to this wonderful lady here but I’d also like to say thank you to everyone else here, you’re all heroes and I salute you all.”

Of the award Averil said: “It would be nice to think I have inspired…or influenced the next generation.”

The award ceremony, which took place on 14 May and broadcast on 21 May, can be watched here