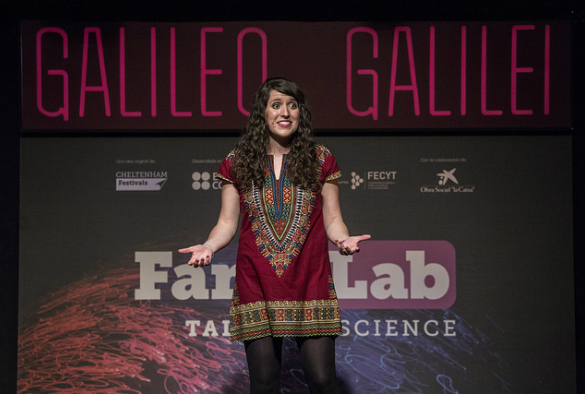 Watched by a 400-strong audience, Raquel performed alongside seven other finalists in front of the King and Queen of Spain at the event in Madrid on 17 May.

Raquel, 26, was born in Gijón in northern Spain, and joined the University’s Institute of Infection and Global Health in 2014. Her PhD at the NIHR Health Protection Research Unit in Emerging and Zoonotic Infections is focused on improving the diagnosis of emerging zoonotic infections, like Zika.

In 2015 she volunteered to help to fight the Ebola outbreak in Sierra Leone and in 2016 moved to Brazil to help tackle the Zika and Chikungunya Virus epidemic.

Drawing upon her experience in Sierra Leone, Raquel won over the crowd with a three minute scientific talk about Ebola, including how it is transmitted, how it can be controlled and what is being done to tackle the current outbreak in the Democratic Republic of Congo.

Raquel said: “It was a wonderful experience and I felt honoured to share the stage with a group of amazing and inspiring scientists. It was also a great opportunity for me to share a very important message with thousands of people in Spain about the vital role scientific research plays in fighting epidemics such as Ebola and Zika.”

A keen science communicator, Raquel has also given talks about her work to schools and the public at events like Pint of Science, has written for The Conversation, and is part of a public engagement project working to help families affected by Zika virus in Brazil.

Professor Tom Solomon, lead for public engagement in the Faculty of Health and Life Sciences said: “Raquel has done fantastically well. She has shown that it is possible to be an outstanding PhD student and a brilliant science communicator at the same time.

“She has previously been awarded pump priming grants for patient and public involvement and it is wonderful to see how she has used these to develop her skills to become an award-winning science communicator. We hope her success will inspire others within the University.”

After starting in the UK in 2005, FameLab events are now held in more than 30 countries across Europe, Asia, Africa and the US and more than 5,000 people have taken part. FameLab Spain is organised by the British Council  and the Spanish Foundation for Science and Technology (FECYT) with the support of Obra Social ”la Caixa”. 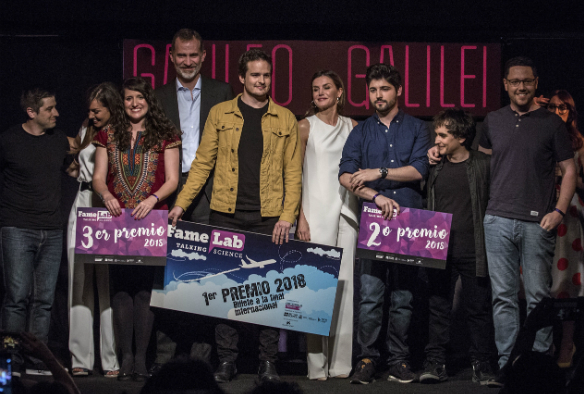