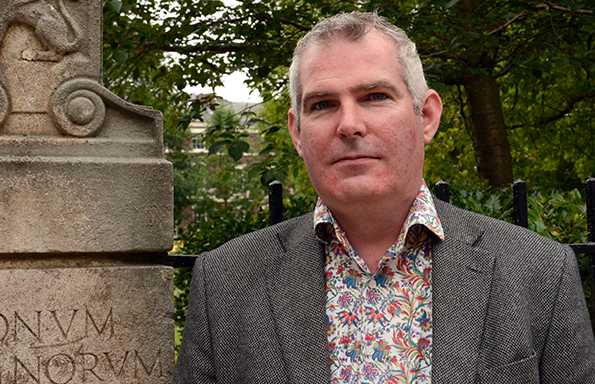 The UK has created a “particularly acute political dilemma” for itself with its approach to Brexit, Professor Michael Dougan will tell the European Parliament today.

Professor Dougan is appearing before MEPs to discuss his report, The institutional consequences of a bespoke agreement with the UK based on a ‘close co-operation’ model, commissioned by the European Parliament’s Policy Department for Citizen’s Rights and Constitutional Affairs.

In the report, the University of Liverpool Law School professor considers the proposed ‘close co-operation’ model alongside the UK Government’s stated interpretation of the 2016 referendum result to ‘take back control’ of laws, borders and money.

An expert in EU law, Professor Dougan says any ‘close co-operation’ deal implies a “basic trade-off” for the third country, which must decide how far it is prepared to follow Union laws and regulations, while having limited influence over their formulation.

In the economic sphere, he interprets the UK position as: “Continuing adherence to Union standards in certain fields; maintaining mutual market access despite regulatory divergence in other sectors; and the rejection of extensive alignment and/or reciprocity in other areas”.

But this approach is problematic, according to Professor Dougan, and leaves the EU considering the UK’s ‘red lines’ as an “obstacle” to a “truly ambitious free trade agreement”.

Prof Dougan writes: “Unless the UK Government changes its political preferences, the future economic relationship will therefore take the form of a wide-ranging but still essentially limited free trade agreement.”

The report says that the UK’s desire for “selective participation” in the Single Market is “difficult to reconcile” with the four freedoms, and that the proposal “seriously underestimates the degree to which mutual recognition is the hard won product of legally complex and politically sensitive frameworks, structures and processes”.

Prof Dougan writes: “More than that: there seems no credible prospect of the Union agreeing to demands (such as those already suggested by the UK Government) that would effectively amount to superior treatment for the UK as a third country than the Member States are prepared to afford each other within the framework of the union itself.”

It is more likely that the special situation of the UK will “manifest itself empirically”, the report states, through pre-legislative consultations, for example, and “especially in fields of undoubted UK strength”, such as defence and security.

But Professor Dougan concludes with a warning shot to the UK: “On the one hand, there is the superficial ideological rhetoric of ‘taking back control’ – which acts as a serious limitation on the ability of any UK Government to commit the UK to ‘close cooperation’ with the Union and argues instead for a ‘complete break’ from the EU (regardless of how implausible one might regard the supposed benefits of doing so).

“On the other hand, there is the undoubted reality that any ‘close cooperation’ agreement means the UK effectively substituting its previous power of leadership and influence within the Union for a new position of relative subordination as a third country – a transformation which calls into question the constitutional logic and political sense of the very act of withdrawal itself.”