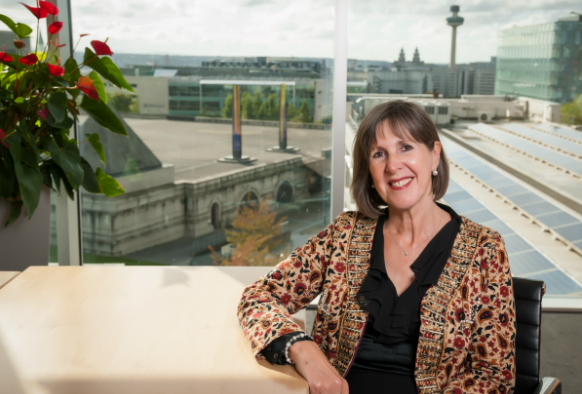 University of Liverpool Vice Chancellor Professor Dame Janet Beer has urged universities not to lessen their efforts when it comes to tackling gender equality in higher education.

“Much has been achieved in HE over the last few years in gender equality terms. But we must continue to address the considerable remaining challenges – both in HE and in society as a whole,” said Dame Janet during her keynote address at Advance HE’s 2018 Aurora Conference in London today.

Highlighting the lack of women in HE leadership roles alongside wider social and cultural issues such as the #MeToo movement and the abuse of women on social media, Dame Janet said that it’s “only by speaking openly and honestly about these challenges that we can move forward.”

Acknowledging the huge positive impact that the Athena SWAN Charter and the Aurora programme has had for gender equality in HE, she said that more hard work is needed to “create and maintain a culture where anything short of equality of opportunity is not good enough.”

Addressing how the issue of gender equality is being tackled at the University of Liverpool, she said: “We have made good progress in recent years but there is still a way to go and we have firm plans and targets in place.”

The University’s progress includes increasing its proportion of female professors from 18% in 2012 to 25% currently, which is one of the biggest percentage improvements in the sector. It is now aiming to increase its proportion of women professors to 30% by 2020 as well as tackling the under-representation of black and ethnic minority staff at this level as part of a wider Equality and Diversity action plan.

Citing a 2015/16 Equality Challenge Unit report, which she said paints a “bleak picture” for the representation of other protected characteristics in senior HE roles, she commented: “It is clear to me that this simply is not good enough.

“There should be pride in recognising and valuing people’s differences; determination to capitalise on the strengths those differences bring, and a systematic belief in everybody’s potential.

“This means that leadership at all levels need to be ready to challenge the status quo – and that challenge needs to be visible in order to effect long term, sustainable change.”

Dame Janet, who is also President of Universities UK, is known for her dedication to promoting equality and diversity in the higher education sector and beyond and was recognised with a damehood in the 2018 New Year honours list for her work in this area.

As Chair of the Equality Challenge Unit for six years until 2017, she significantly raised the profile of the equality and diversity challenges in the sector and championed the adoption of Athena SWAN and other charters in higher education institutions across the country.