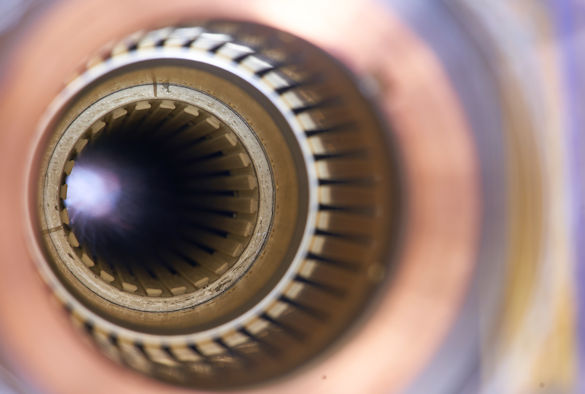 A major upgrade of the World’s largest science experiment, the Large Hadron Collider (LHC) at CERN in Geneva, has commenced today with the eventual aim of increasing the number of collisions in the large experiments by over five times and thus boosting the probability of the discovery of new physics phenomena and expanding our understanding of the Universe.

Liverpool physicists, along with other UK and international researchers, are playing a key role in this work that will, by 2026, have considerably improved the performance of the LHC.

This includes work on the construction of the accelerator, the machine contributions in HL-LHC-UK to the high intensity collimation system, the crab cavity system, the advanced beam diagnostics and cold powering.

While the LHC is able to produce up to 1 billion proton-proton collisions per second, the HL-LHC will increase this number, referred to by physicists as “luminosity”, by a factor of between five and seven, allowing about 10 times more data to be accumulated between 2026 and 2036.

This means that physicists will be able to investigate rare phenomena and make more accurate measurements. Luminosity is a key performance indicator of an accelerator, as it tells you the number of particles colliding in a certain amount of time. Since discoveries in particle physics are based on collecting large amounts of data, then the greater the number of collisions the greater the chance hysicists have of seeing a new particle.

Professor Carsten Welsch, Head of the Physics Department and Leader of the Liverpool contribution to HLLHC-UK:  “The high luminosity upgrade will make the Large Hadron Collider an even better accelerator in the future. We are making key contributions to the development of dedicated diagnostics for this upgrade, as well as to measurements targeting new technology, such as crab cavities, in close collaboration with other groups in the UK and our partners at CERN. These developments will allow to fully exploit and further improve the potential of the world’s largest and highest energy particle accelerator.”

In 2012 the LHC allowed physicists to unearth the Higgs boson, thereby making great progress in understanding how particles acquire their mass. The HL-LHC upgrade will allow the Higgs boson’s properties to be defined more accurately, and to measure with increased precision how it is produced, how it decays and how it interacts with other particles. In addition, scenarios beyond the Standard Model will be investigated, including supersymmetry (SUSY), theories about extra dimensions and quark substructure (compositeness).

The secret to increasing the collision rate is to squeeze the particle beam at the interaction points so that the probability of proton-proton collisions increases. To achieve this, the HL-LHC requires about 130 new magnets, in particular 24 new superconducting focusing quadrupoles to focus the beam and four superconducting dipoles. Both the quadrupoles and dipoles reach a field of about 11.5 tesla, as compared to the 8.3 tesla dipoles currently in use in the LHC.

Sixteen brand-new “crab cavities” will also be installed to maximise the overlap of the proton bunches at the collision points. Their function is to tilt the bunches so that they appear to move sideways – just like a crab. Much of this initial work has been carried out by a UK team and they successfully tested the new ‘crab cavities’ technology and rotated a beam of protons for the first time in May this year. 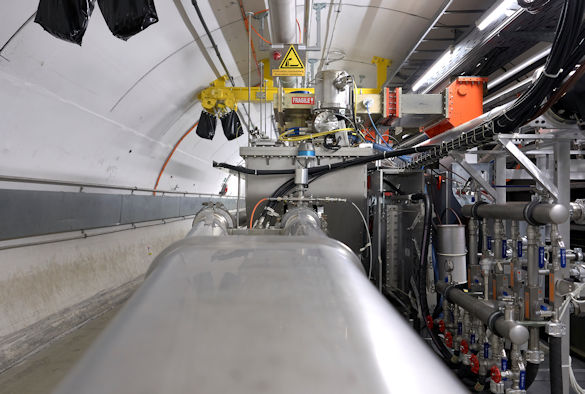 Professor Monica  D’Onofrio, Team Leader of the ATLAS Liverpool group, said: ”The high luminosity LHC will allow the new upgraded experiments to reach an unprecedented sensitivity to new phenomena expected to manifest above the TeV scale.

“The Higgs boson properties will be measured with extremely high precision and we might even unveil the mysterious dark matter.  The Liverpool group makes major contributions to the technical developments required for the upgrades to the ATLAS experiment.

“In collaboration with other groups in the UK, at CERN and worldwide, we work on the new silicon tracker, the ITk, which will be capable of delivering physics under the challenging conditions of the HL-LHC.  It is exciting to be part of a global effort that will allow us to explore the high-energy frontier and push the limits of human knowledge. “

The HL-LHC project started as an international endeavour involving 29 institutes from 13 countries. It began in November 2011 and two years later was identified as one of the main priorities of the European Strategy for Particle Physics, before the project was formally approved by the CERN Council in June 2016. After successful prototyping, many new hardware elements will be constructed and installed in the years to come. Overall, more than 1.2 km of the current machine will need to be replaced with many new high-technology components such as magnets, collimators and radiofrequency cavities and UK scientists will have a key role to play in contributing to that work.

Professor Themis Bowcock, Head of Particle Physics at the University, added: “This is the next chapter for European Physics.  Today’s Large Hadron Collider has culminated not only in the discovery of the Higgs, new particles and new states of matter but has cleared up our understanding of the standard model of physics beyond our best hopes and expectations.

“This is down to the amazing work of CERN, its engineers and all the scientists round the world who have worked so hard on the LHC. This new venture will extend our discovery reach (like Galileo building a better telescope!) to enable us to explore beyond the limits of the current machine; the high-luminosity LHC is an exciting new project that we are privileged to be part of.” 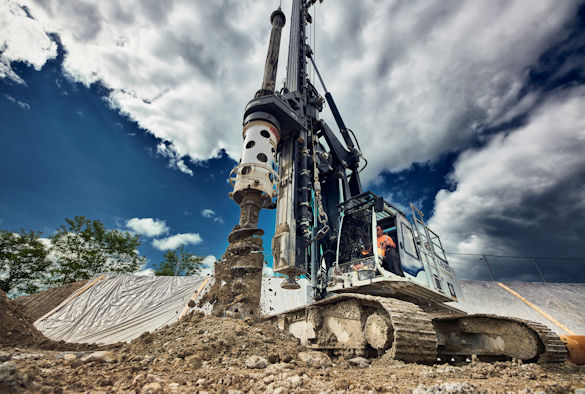 Another key ingredient in increasing the overall luminosity in the LHC is to enhance the machine’s availability and efficiency. For this, the HL-LHC project includes the relocation of some equipment to make it more accessible for maintenance. The power converters of the magnets will thus be moved into separate galleries, connected by new innovative superconducting cables capable of carrying up to 100 kA with almost zero energy dissipation.

To allow all these improvements to be carried out, major civil-engineering work at two main sites is needed, in Switzerland and in France. This includes the construction of new buildings, shafts, caverns and underground galleries. Tunnels and underground halls will house new cryogenic equipment, the electrical power supply systems and various plants for electricity, cooling and ventilation.

Professor Tara Shears, Professor of Physics at the University of Liverpool, explained: “HL-LHC isn’t to study what we already know, it’s to discover what we don’t. There are so many mysteries; dark matter, antimatter, gravity. HL-LHC will reveal the universe in intricate detail and, we hope, give us some answers.”

The LHC started colliding particles in 2010. Inside the 27-km LHC ring, bunches of protons travel at almost the speed of light and collide at four interaction points. These collisions generate new particles, which are measured by detectors surrounding the interaction points. By analysing these collisions, physicists from all over the world are deepening our understanding of the laws of nature.

During the civil engineering work, the LHC will continue to operate, with two long technical stop periods that will allow preparations and installations to be made for high luminosity alongside yearly regular maintenance activities. After completion of this major upgrade, the LHC is expected to produce data in high-luminosity mode from 2026 onwards. By pushing the frontiers of accelerator and detector technology, it will also pave the way for future higher-energy accelerators. 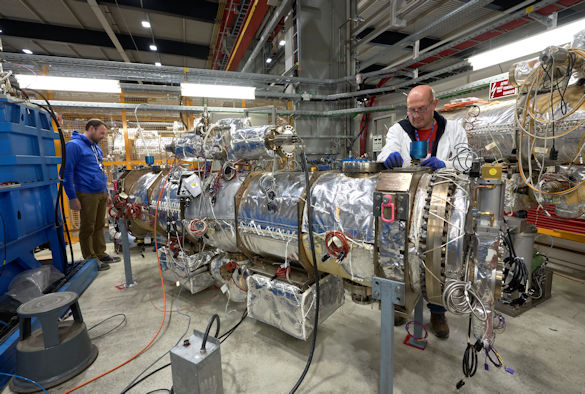