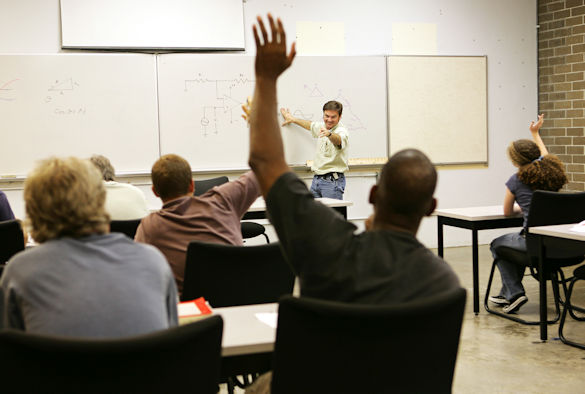 The University has received approval from the Department of Education to establish a specialist maths school which will provide world-leading maths education for young people from all backgrounds who have a passion for mathematics.

Due to open in 2020, at a location close to the University campus within the Knowledge Quarter, the University of Liverpool Mathematics School will welcome up to 80 pupils per year when fully operational to study Maths, Further Maths and Physics A Levels with other subjects like Computer Science and Music under consideration.

The school will provide an exciting environment and intellectually challenging curriculum for students to develop the knowledge and skills to prepare them effectively for university study and successful careers.

It will benefit from the close association with the University, and pupils will have the opportunity to boost their skills and learn from staff and students in the University’s Department of Mathematical Sciences.

Working in partnership with local schools, it aims to raise aspirations and attainment levels in mathematics across the region. It will provide professional development programmes for maths teachers throughout the region working alongside other schools, colleges and organisations.

It will also seek to address the gender imbalance that exists in the study of further mathematics and will work with employers in the region to establish partnerships, giving pupils the chance to gain business experience and the opportunity to see how their skills will support their career choices moving forward.

The University of Liverpool Mathematics School is set to become the first of its kind in the north of England and will follow in the footsteps of successful schools opened by King’s College London and the University of Exeter.

“The University of Liverpool Mathematics School will be a hub for the most able young mathematicians in the Liverpool city region so they can develop their knowledge and skills through the study of maths and related subjects. In today’s global economy, it is essential that the potential of our most talented maths students is developed and this initiative is a much needed response to that challenge.”

“I am pleased that the University of Liverpool has risen to the challenge to give the mathematicians of tomorrow an opportunity to take their talents to the next level. I visited King’s College London Mathematics School earlier this year and was humbled by the students I met there – their ambition and ability is incredible.

“Academic standards are rising in our schools, with 1.9 million more children in good or outstanding schools than in 2010. As we move forward, we want more leading universities to open maths schools and offer broader outreach in their region. This will give even more young people the opportunity to excel in maths, providing them with the knowledge and skills for future success.”

The Chief Secretary to the Treasury, Liz Truss said:

“Maths powers our economy. Studying it to A-Level and beyond could add around 10 per cent to the future earnings of students, putting more money in their pocket and giving them more job opportunities.

“Today we’re hosting northern universities in Parliament because we know fewer students in the north of England study maths compared with the south, and we want to change this.

“That is why we introduced the maths pupil premium, to help more students study maths for longer and put them in a great position to take up skilled jobs.”

Maths is one of the most in-demand skills in the labour market and the Royal Society has outlined maths as the key skill required by employers by 2030. It is also already the most popular subject at A level, with almost over 84,000 pupils choosing to study it. This is an increase of 20 per cent since 2010.  The government, through its Industrial Strategy, aims to increase the number of young people studying maths, helping them to secure good jobs and boosting the UK economy.