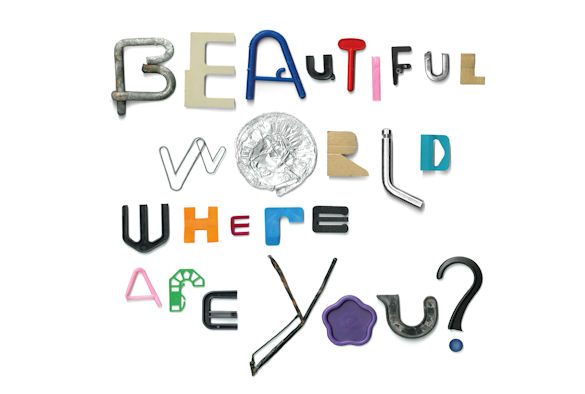 The Victoria Gallery & Museum (VG&M) is hosting works by a number of artists as part of this year’s Liverpool Biennial which opens to the public on Saturday, 14 July 2018.

The Liverpool Biennial is the UK’s largest international contemporary arts festival and this year is celebrating 20 years of presenting international art in the city and region.

Entitled Beautiful world, where are you?, it will feature over 40 artists from 22 countries presenting new and existing works.

The works on display in the VG&M as part of Liverpool Biennial 2018 are:

Paul’s installation The Day Shapes uses letter-like shapes and symbols gathered as part of a durational work the ‘found font’. Paul is also responsible for designing this year’s Biennial logo.

Works from Joseph Grigely’s Songs without Words series will be on display on The Red Wall on the first floor. The works are based on newspaper images taken from the New York Times featuring singers and musicians such as Eartha Kitt and explore the representation and communication of sound.

This display contains a selection of over 200 plant models from the World Museum’s storerooms. The models were manufactured by Brendel & Co of Berlin in circa 1900 and were used in museums and universities to illustrate and demonstrate plant anatomy. They vary in scale from macroscopic to the microscopic size and are made using a variety of materials including papier-mâché, glass, gelatin and feathers.

Two paintings by Silke Otto-Knapp will be accompanied by an artist’s book produced in collaboration with Stuart Bertolotti-Bailey.

Francis Alÿs is a Belgium-born, Mexican-based artist who has exhibited at Tate Modern and the Museum of Modern Art in New York amongst others. The VG&M will display a selection of his postcard size paintings executed in the tradition of classic plein air painting.  The paintings allude to the condition of global tourism of the contemporary art scene and were often done in conflict zones such as Israel and Palestine, Afghanistan and Iraq. 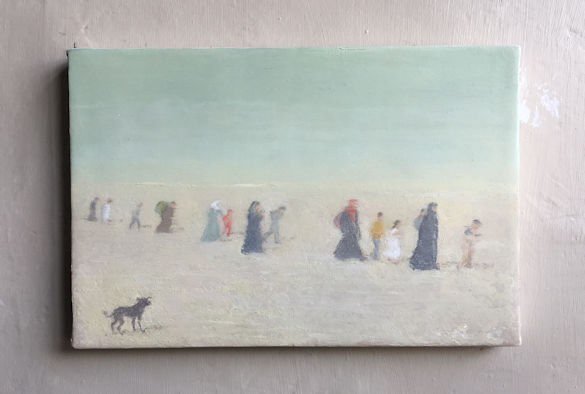 The single-shot video People of No Consequence (2016) documents the gathering of a group of elderly men and women, all survivors of the 1944 Soviet deportation of the Chechen and Ingush nations to Central Asia.

A selection of sculptures from Holly Hendry’s Gut Feeling series will be on display in Tate Hall Museum.  Holly is interested in defining the architecture of spaces by exploring the possibilities, such as surface, colour and density, inherent in a wide range of materials through her installations.

A video piece by Taus Makhacheva,`Tightrope’ (2015), will be installed in the Tate Hall Museum.  It is a complex work that plays on the delicate relationships between art history, politics, past and contemporary culture.

Ari Benjamin Meyers lives and works in Berlin, Germany. Meyers received his training as a classical musician, composer and conductor at The Juilliard School, Yale University, and Peabody Institute. His works as an artist, such as Symphony 80 and Solo for Ayumi (both 2017), explore structures and processes in music composition and relationships between performer and audience.

Nicola Euston, Museums & Galleries Manager at the University, said: “We are delighted that the Victoria Gallery & Museum is hosting such an array of diverse artists for Liverpool Biennial 2018. With the VG&M also celebrating its tenth anniversary this year, we are thrilled to be part of the Liverpool Biennial’s exciting programme and support its significant contribution to the artistic and cultural offering of the city.”

The Liverpool Biennial takes place from 14 July until 28 October 2018.  For detail of the full programme of events and activities visit this webpage.

The line ‘Beautiful world, where are you?’ derives from a 1788 poem by the German poet Friedrich Schiller. Today the poem continues to suggest a world gripped by deep uncertainty; a world in social, political and environmental turmoil. It can be seen as a lament but also as an invitation to reconsider the past, advancing a new sense of beauty that might be shared in a more equitable way.