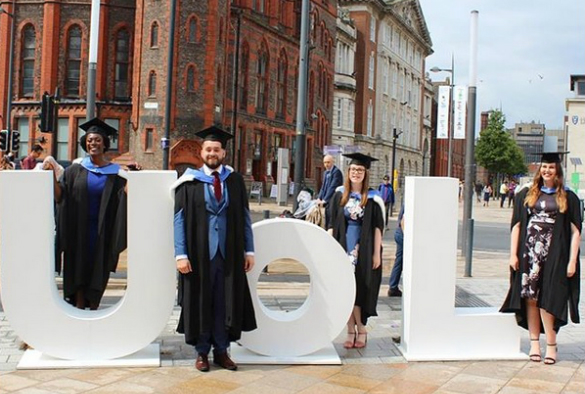 Drones, dogs, cake decorating and one or two tears – we’ve had it all at this week’s graduation celebrations.

More than 6,000 students were on campus to receive their degrees at ceremonies held at Liverpool Philharmonic Hall. Here we round up just a few of the highlights. 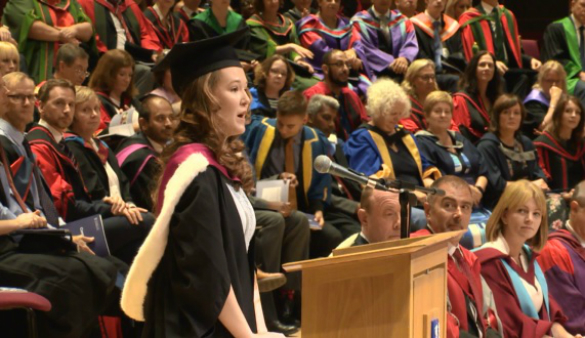 Each of the 14 ceremonies included a fantastic contribution from a student speaker, who was chosen to represent and speak on behalf of their graduating cohort. Dentistry graduate Emma Morgan (pictured above) spoke on Tuesday and wrapped up her speech by saying: “How lucky I am to have experienced something that makes saying goodbye so hard. So for now I say goodbye to this chapter of my life and I look forward to what comes next. This is the beginning of anything you want Class of 2018, and I wish you all the best.” Read more… 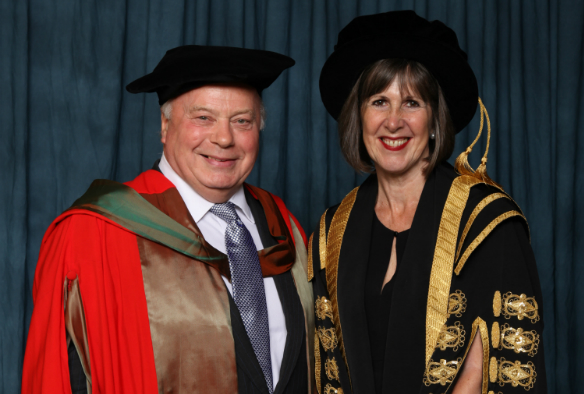 Congratulations to our newest honorary graduate, @WaltonCentre neurosurgeon Paul May @PaulMay11, who has been recognised for his services to #neurosurgery in Liverpool #LivUniGrad pic.twitter.com/d55NRTOfGF

Some fantastic photos and videos of graduation celebrations were shared on social media across the week, with #LivUniGrad even trending on Twitter.  An unexpected fluffy guest, a cupcake worthy of the Great British Bake Off and an inspired graduation fashion moment were among some of our favourites.

Definitely the first time a graduating student has made a cupcake of my peace processes book. Hope the cake is more digestible…Thanks @laylawright_ pic.twitter.com/JKSCx4bT2j

If you don't match your DM's to your graduation gown, did you even graduate? Congratulations to Gethin our #StudyAbroad ambassador who graduated yesterday in Sociology with a #YearinChina – one of the first ever cohort to do so! Amazing achievement! pic.twitter.com/tQqljOHdVi

Drone footage captured the campus in the midst of celebrations, starting from Abercromby Square where live broadcasts of the ceremonies were shown, a jazz band played and refreshments were served.

Such a brilliant atmosphere on campus! And how great does Liverpool look? #LivUniGrad #Classof2018

The Alumni team were on hand in the Guild of Students and the marquee to help graduates stay connected to the University and join the global Liverpool alumni community. The Careers team also hosted a pop-up coffee cart on University Square and were available to chat about careers and future plans with the new graduates.

Two more of our @LivUni treasure hunt bags have been found which leaves only two left! Make sure to find them before someone else does to win a #Classof2018 goody bag #LivUniGrad pic.twitter.com/BIISjlpG7L