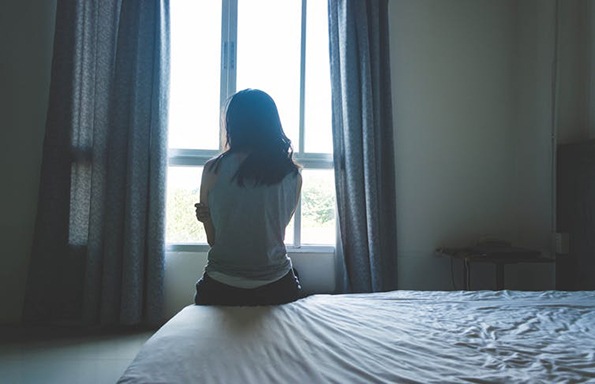 The British government has advanced a vision of itself as a pioneer in tackling modern slavery, but its approach has not included allowing all victims to remain legally in the UK. Awareness has been growing in the UK about why victims require a right to reside in the country they have been trafficked to, to support their recovery. The government should now take heed of such advice and make clear that recognition of a person’s status as a victim of modern slavery should have meaningful consequences for their immigration status.

Up until February 2018, Home Office guidance set out that victims of modern slavery could only be issued “discretionary leave to remain” in Britain if there were “compelling reasons based on their individual circumstances” to do so. Application of this test by Home Office officials meant that low numbers of victims secured a legal right to reside in the UK.

The available statistics suggest that in 2015 only around 12% of those found to be modern slavery victims under the UK’s system for identifying victims, the National Referral Mechanism, were allowed to stay lawfully in the UK through a grant of discretionary leave to remain.

Following a ruling of the Court of Appeal in February, this policy is currently being reconsidered and refusals of discretionary leave to remain for victims are on hold. Hearing the case in question, which dealt with a man trafficked from Ghana, the court found that it was unlawful to require somebody to have “compelling” personal circumstances before being granted such leave.

The principle reason was because this standard was higher than that set by the European Convention on Action against Trafficking 2005, a treaty of the Council of Europe to which the UK has committed to adhere to and which will not be impacted by Brexit.

Pressure building for a change of approach

Other courts and tribunals have also scrutinised the rights of victims of modern slavery, including legal challenges to individual decisions to deny a right to remain made by the Home Office.

One case involved a Chinese man who had been in immigration detention for almost four years and had a removal order issued against him prior to his eventual recognition as a victim of trafficking. It is not uncommon for those recognised as victims of modern slavery to also experience such immigration enforcement. When the refusal to grant him leave to remain was challenged, the Upper Tribunal for the Immigration and Asylum Chamber found in the man’s favour. In 2017, the tribunal remitted the decision back to the Home Office with express direction that when deciding the duration of leave to remain for the victim, the home secretary should take into account:

The protracted history of this litigation, the applicant’s clear vulnerability, the unchallenged recommendations in the medical evidence and [the home secretary’s] own conduct.

Time to change the law

The Home Office is yet to publish its revised guidance on the considerations officials should take into account when deciding whether or not a victim of modern slavery should be able to stay legally in the UK. Following the Court of Appeal ruling in February, the guidance – when it appears and assuming the Home Office follows through and complies with the ruling – should indicate a softer stance and specify that discretionary leave to remain is appropriate when it’s necessary in the interests of the person’s protection and recovery. This would be a step in the right direction towards providing the essential support structures for victims.

It’s surely time, however, to bring about wholesale changes to leave to remain for victims of modern slavery. There is growing momentum behind a proposal, which originated in the House of Lords, to provide victims with one year of support in the UK. Such support would be defined broadly and include financial assistance, accommodation, and access to medical and psychological services. The Modern Slavery (Victim Support) Bill is due to be considered by the House of Commons in late November 2018.

The government would do well to take on board the evidence and advice from NGOs and activists, such as the Human Trafficking Foundation, on the importance of a right to remain for victims and to support the bill’s passing into law.

Even then, one year guaranteed leave to remain should not be viewed as the end point for the rights of all victims of modern slavery. In the longer term, law and policy in this area must be more responsive to the particular needs of different individuals. Some may have experienced a level of trauma which requires longer term security of residence to enable their recovery.

The current approach leaves victims vulnerable to being subsumed within hostile immigration policies and being subject to treatment and conditions – detention and removal being key examples – entirely likely to prolong their experience of trauma. A fresh approach would render the government’s claims of its own “world-leading” approach to stamping out modern slavery less incredulous. It would also send a signal that the Home Office, under the leadership of the new home secretary Sajid Javid, is truly willing to tread a more compassionate path.